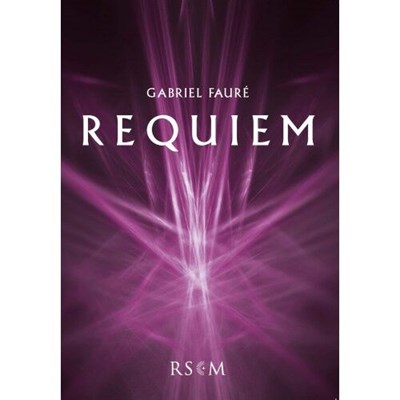 Join now Find out more
Publisher: Royal School of Church Music
ISBN: 9780854022434
Published: 30/11/2014
Description Author Information Reviews
This vocal score accompanies the new arrangement for string quintet and organ by Michael Higgins. By using the chamber music quality of the strings, unique colours and textures are created which breathe new life into an otherwise familiar but continually evolving work. Gabriel Faure (1845-1926) began work on his Requiem purely 'for the pleasure of it', although it was quite probably composed in response to the recent death of his father. The subsequent passing of his mother shortly after its first performance gives the work an added poignancy, not least since the Requiem was an evolving work which Faure continued to revise from its inception in 1887 until the first published version of 1900. In its sequence of movement the Requiem departs significantly from the standard liturgical text. Faure does not underline the terrors of the Day of Judgement, and specifically includes the response In Paradisum from the Burial Service. Consequently, the prevailing mood is one of peacefulness and serenity.