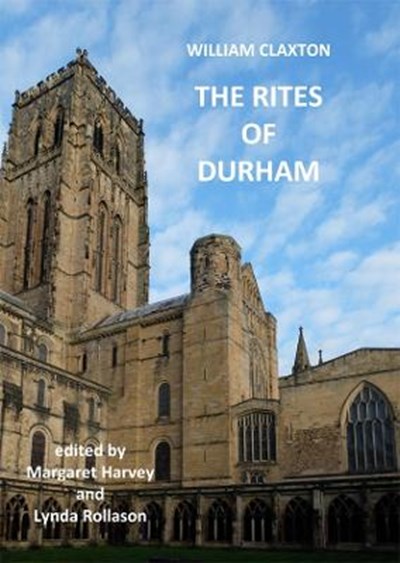 QTY
Add to Basket
Publisher: Surtees Society
ISBN: 9780854440825
Number of Pages: 825
Published: 18/12/2020
Width: 17 cm
Height: 24 cm
Description Author Information Reviews
The importance of the Rites of Durham as a description of a monastic cathedral on the eve of the Dissolution has long been recognized. This new edition, the first for over a century, includes an introduction, placing the Rites in the context of the religious tensions of the Reformation and attributing it to the late sixteenth-century Durham antiquary, William Claxton; a new text based on manuscripts not known to previous editors and giving the full range of variants; a detailed commentary explaining the text and testing out its accuracy against other evidence, including traces in the fabric of the cathedral and its precinct; thirty-six plates showing early drawings of the cathedral and its precinct, surviving objects relating to those described in the text; and manuscript illuminations casting light on the descriptions to be found there; and five plans to facilitate understanding of the text.In addition, a series of appendices contains a full edition of the related text which describes the windows of Durham Cathedral and its precinct; the first ever edition of the letters of William Claxton; an edition of the descriptions of the bells and the organs of the cathedral added to the Rites by the Durham antiquary James Mickleton the elder (1638-93); and a detailed analysis of the earliest surviving manuscript of the Rites, which is in the form ofa paper roll. The volume is completed by a comprehensive index.

MARGARET HARVEY has had a distinguished career in Durham University, with a particular research specialism in the medieval papacy; she is an authority onthe religious history of late medieval and early modern Durham. After teaching medieval history and archaeology, especially of the Church, to adult students, LYNDA ROLLASON co-edited the Durham Liber Vitae (2007) andthe Thorney Liber Vitae (2015); she has published a series of papers on medieval ecclesiastical history.