Bringing Economics and Theology Together Again 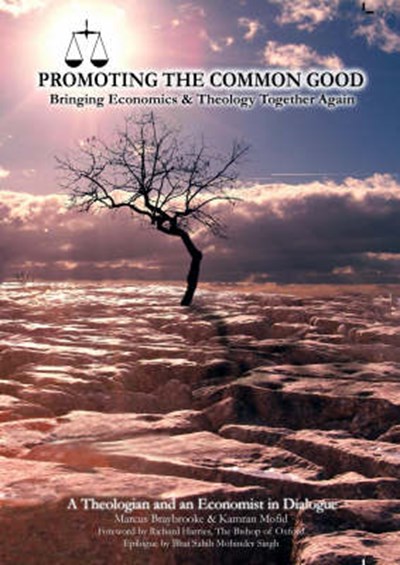 Bringing Economics and Theology Together Again

QTY
Add to Basket
Publisher: Shepheard-Walwyn (Publishers) Ltd
ISBN: 9780856832314
Published: 01/06/2005
Description Author Information Reviews
Modern economics has deliberately divorced itself from all moral and ethical considerations in the belief that it needs to be a value-free science. In schools and universities students are taught that what matters is maximising profits and cutting costs - any other considerations are irrelevant to them as economists. This is the philosophy which guides multinationals, governments and international institutions like the World Bank and the IMF. It is a matter of hard choices. Relief of poverty is charitable, a noble ideal, but has nothing to do with economics. In the year in which the campaign to Make Poverty History was launched, and in which Tony Blair and Gordon Brown were trying persuade the G7 to reduce the debt burden on developing countries, an economist, Dr Kamran Mofid, and a theologian, Rev Marcus Braybrooke, joined in a dialogue to consider how economics and theology could be brought together again - for they have not always been divorced. Dr Mofid points out that before Adam Smith, who is generally regarded as the 'father' of modern economics, had written his famous book The Wealth of Nations, he had been professor of Moral Philosophy at Glasgow University and had written The Theory of Moral Sentiments. Before that, St Thomas Aquinas, Aristotle and Plato considered social issues in a moral context. Marcus Braybrooke recognises that 'the thought of religion interfering with economic and political life' will concern those 'afraid of the influence of extremists in the world of Islam or of conservative evangelicals in the USA'. But he points out that 'if there is no concept of truth, business agreements become impossible' - the presence of lawyers at every negotiation shows how trust has been undermined. Together they call for the evolution of a global ethic that respects cultural diversity, the environment and economic reality. Though they bring experience and expertise to the dialogue, the book is intended for a general readership - the future of the world affects everyone. It is too important to leave to experts. In a clear, engaging style the authors show how economic issues can be understood by us all - it is important we do, so that we can help build a world that is just, free and prosperous.

Rev Marcus Braybrooke is an Anglican Priest, Peace Councillor, President of the World Congress of Faiths, Patron of the International Interfaith Centre (Oxford), Co-founder of the Three Faiths Forum (London), and author of numerous interfaith books. Dr Kamran Mofid taught economics at universities for 20 years. Recently, he has developed short courses, seminars, and workshops on economics and theology, the economics of the common good with an interfaith perspective on globalisation. In 2002 he founded the annual international conference "An Inter-faith Perspective on Globalisation for the Common Good." His books include Globalisation for the Common Good (Shepheard-Walwyn, 2002).

"A stirring plea for sanity and hope across the gray chasm dividing spirituality and economics." --"Interreligious Insight "