A Religious History of London 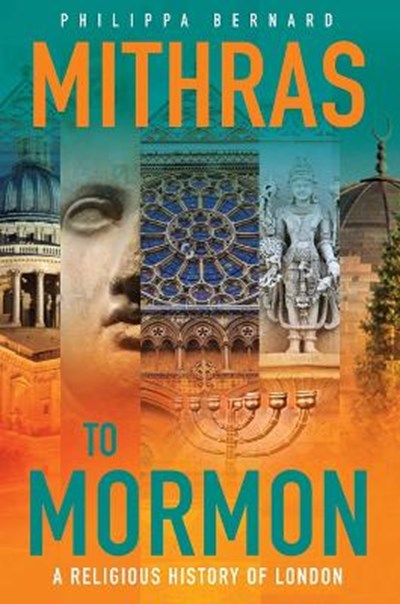 A Religious History of London

QTY
Add to Basket
Publisher: Shepheard-Walwyn (Publishers) Ltd
ISBN: 9780856835247
Number of Pages: 336
Published: 10/10/2018
Width: 15.6 cm
Height: 23.4 cm
Description Author Information Reviews
When the Romans settled in Britain in 43 CE they could hardly have imagined that the small agricultural settlement of Londinium on the Thames would eventually become one of the biggest cities in the world. Its people worshipped then in small buildings like the Mithraeum, but over the next two thousand years cathedrals, synagogues, churches, mosques and temples changed the city skyline. Destroyed many times - by fire, disease, internal revolution and foreign powers - London has always rebuilt itself, stronger than ever in its determination to over-come all the difficulties put in its path. Gradually new forms of worship from beyond these islands came to influence the capital city, bringing with them other faiths, with their own prayers, scriptures and music. As the different tribes and communities have intermingled, they have left their mark on the city, adding architectural richness to it. For religion plays a vital part in any city's life. This is the first time that the history of London's faiths and beliefs has been recounted. This is not a book for academics, though it is deeply researched and may throw light on matters not always understood. It is a readable history for those who enjoy exploring the world about them, coming to understand other Gods and the ways in which belief and prayer can differ. It will appeal to those interested in how historical development can alter the lives of a people and how religious affiliation changes history. From earliest times, when the Romans built their temple to Mithras, now reborn in the Bloomberg building near the Thames, the story follows religious changes in the city when monasteries were destroyed, a great cathedral burned, new churches were built and London almost disappeared under enemy bombardment. Ancient religions from the East have latterly made their home here. Modern ideas have taken root, and today London has a vibrant multi-faith community, its first woman Bishop, and beautiful buildings for worship in a multitude of different ways.

Philippa Bernard has lived almost all her life in London, and knows it well. She and her husband had for many years an antiquarian bookshop in Chelsea, a mecca for book collectors across the world. She has written several books on religious themes and a biography of the poet Kathleen Raine. She is a member of the Society of Authors.