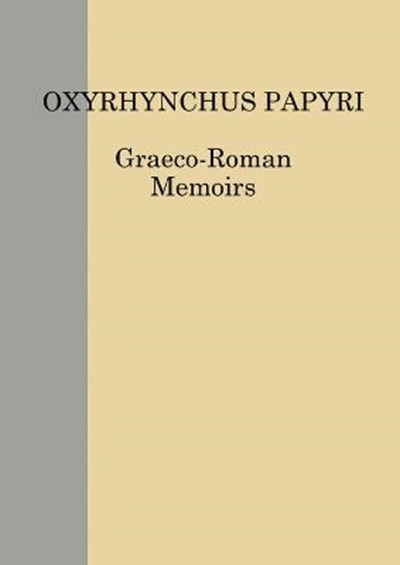 QTY
Add to Basket
Publisher: Egypt Exploration Society
ISBN: 9780856982477
Number of Pages: 180
Published: 15/12/2020
Width: 15.6 cm
Height: 23.4 cm
Description Author Information Reviews
This volume contains the first editions of 55 Greek literary and documentary papyri. The theological texts include fragments of Genesis and Luke, both assignable to the third century. Pride of place among the new literary texts is given to a retelling of Egyptian mythology, in which Isis writes to Arianis, appealing for his help in locating the body of Osiris. Two others are philosophical (Peripatetic and Stoic). Among the extant classical texts, large fragments of Plato's Laches offer readings of particular interest. A paraphrase of Justinian's Digest shows a professor explaining the relationship between written law and custom in a mixture of Greek and Graeco-Latin. The documents include a group of ten private letters and an elaborate first-person account of a failed attempt to buy camels for the state.

Nikolaos Gonis is Professor of Papyrology at University College London, UK. His research interests include documentary and literary papyrology, Egypt from Augustus to the Abbasids, later Greek poetry, and early Christian literature. Peter J. Parsons, a specialist in papyrology, was Regius Professor of Greek at the University of Oxford, one of Oxford's most senior professorships, from 1989 to 2003. He also served as Director of the Oxyrhynchus Papyri Project. W. Benjamin Henry holds a DPhil in Classics from the University of Oxford, UK. He is currently a Research Associate in the Department of Greek & Latin at University College London, UK, specialising in mythography, papyrology and mythological hexameters.