Shape of the Ruins 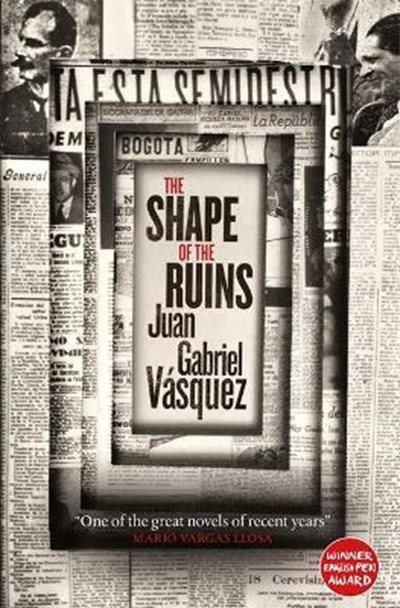 Shape of the Ruins

QTY
Add to Basket
Publisher: Quercus Publishing
ISBN: 9780857056597
Number of Pages: 512
Published: 03/05/2018
Width: 14 cm
Height: 21.1 cm
Description Author Information Reviews
The Shape of the Ruins by the Colombian writer Juan Gabriel Vasquez, whose recent novel, the best-selling Sound of Things Falling won Spain's Alfaguara Prize, Italy's Von Rezzori Prize and the 2014 Dublin IMPAC literary Award, was published to acclaim in Colombia last year and has just appeared in Spain. It takes the form of personal and formal investigations into two political assassinations - the murders of Rafael Uribe Uribe in 1914, the man who inspired Garcia Marquez's General Buendia in One Hundred Years of Solitude, and of the charismatic Jorge Eliecer Gaitan, the man who might have been Colombia's J.F.K., gunned down on the brink of success in the presidential elections of 1948. Separated by more than 30 years, the two murders at first appear unconnected, but as the novel progresses Vasquez reveals how between them they contain the seeds of the violence that has bedevilled Colombia ever since. The Shape of the Ruins is Vasquez's most ambitious, challenging and rewarding novel to date.

JUAN GABRIEL VASQUEZ is the author of four previous novels including The Informers, The Secret History of Costaguana, Reputations and The Sound of Things Falling and of the story collection The All Saints' Day Lovers. He is also the translator into Spanish of works by E. M. Forster, John Hersey and Victor Hugo. His own books have been translated into more than twenty languages. ANNE MCLEAN has translated works by Hector Abad, Julio Cortazar and Enrique Vila-Matas. She has twice won the Independent Foreign Fiction Prize, for Soldiers of Salamis by Javier Cercas and for The Armies by Evelio Rosero, and in 2012 was awarded the Spanish Cross of the Order of Civil Merit.