Bell in the Lake

The Sister Bells Trilogy Vol. 1: The Times Historical Fiction Book of the Month 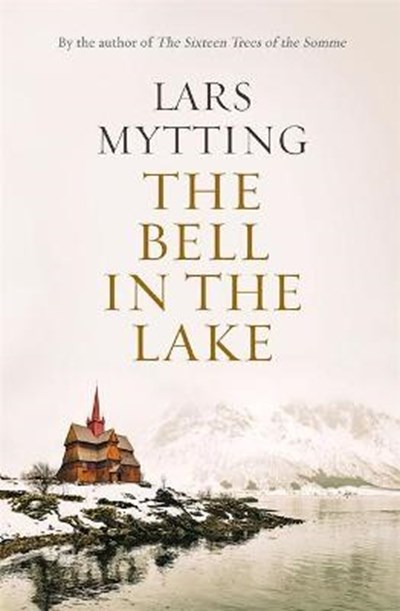 Bell in the Lake

The Sister Bells Trilogy Vol. 1: The Times Historical Fiction Book of the Month

QTY
Add to Basket
Free UK P&P
Publisher: Quercus Publishing
ISBN: 9780857059376
Number of Pages: 400
Published: 19/03/2020
Width: 15.6 cm
Height: 22.8 cm
Description Author Information Reviews
"Love, suspense, nature and superstition are woven together in this powerful novel" MAJA LUNDE, author of The History of Bees "An exquisitely atmospheric novel . . . The Bell in the Lake does what fiction promises: to steal you away to another world and ask you, if unfairly, to leave a little of your heart behind" DEREK B. MILLER, author of Norwegian by Night "Lyrical, melancholy and with beautifully drawn characters, this pitches old beliefs against new ways with a haunting delicacy that rings true." DAILY MAIL "Mytting uses the love story to explore the clash between tradition and modernity" THE TIMES (Historical Fiction Book of the Month) The first in a rich historical trilogy that draws on legend, by a literary craftsman and the author of The Sixteen Trees of the Somme Norway, 1880. Winter is hard in Butangen, a village secluded at the end of a valley. The lake has frozen, and for months the ground is too hard to bury the dead. Astrid Hekne dreams of a life beyond all this, beyond marriage, children, and working the land to the end of her days. Then Pastor Kai Schweigaard takes over the small parish, with its 700-year-old stave church carved with pagan deities. The two bells in the tower were forged by Astrid's forefather in the sixteenth century, in memory of conjoined twins Halfrid and Gunhild Hekne. They are said to hold supernatural powers. The villagers are wary of the pastor and his resolve to do away with their centuries-old traditions, though Astrid also finds herself drawn to him. And then a stranger arrives from Dresden, with grand plans for the church itself. For headstrong Astrid this may be a provocation too far. Talented architecture student Gerhard Schoenauer is an improbable figure in this rugged community. Astrid has never met anyone like him; he seems so different, so sensitive. She finds that she must make a choice: for her homeland and the pastor, or for an uncertain future in Germany. Then the bells begin to ring . . . "Rich, sinuous prose . . . a beautiful example of modern Norwegian folklore" GUARDIAN Translated from the Norwegian by Deborah Dawkin

Lars Mytting, a novelist and journalist, was born in Favang, Norway, in 1968. His novel The Sixteen Trees of the Somme) was awarded the Norwegian National Booksellers' Award and has been bought for film. Norwegian Wood has become an international bestseller, and was the Bookseller Industry Awards Non-Fiction Book of the Year 2016. His novel The Bell in the Lake was a number one bestseller in Norway and nominated for the Norwegian National Bookseller's Award 2018.