Embracing life in the face of terminal illness 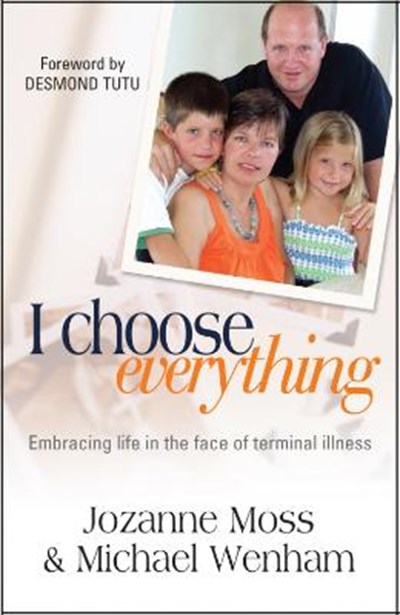 Embracing life in the face of terminal illness

Publisher: Lion Hudson Ltd
ISBN: 9780857210128
Number of Pages: 192
Published: 23/07/2010
Width: 13 cm
Height: 19.8 cm
Description Author Information Reviews
Jozanne Moss and Michael Wenham have only met by email. Both are dying of Motor Neurone Disease. Both are married to remarkable people who support and care for them. Through Jozanne's story they address the myth that pain and suffering are sent by dark powers, and that God is only responsible for the good bits. Michael explains: 'We receive from God everything, both light and shade, praising Him in every circumstance, seeing all of life as His gift from beginning to end.' Michael bases the book around Jozanne's story, telling it in her words and with his commentary. This allows him to address big questions such as 'Why does a good God, if there is one, allow all this pain in his world?' Michael comments: 'God has brought us together with the same illness and the same goal: to encourage and inspire others with the life God has purposed for us.' Their story is sombre yet wonderfully uplifting, made radiant by the faith of the two authors.

Jozanne Moss is the wife of Dave and mother of Luke and Nicole. They live near Cape Town. Michael Wenham is married to Jane, and they have four adult children. They live near Oxford. Michael Wenham trained as a teacher before hearing a call to full-time Christian ministry. For some years he was vicar of three village churches in the Vale of the White Horse, near Oxford. He suffers from Motor Neurone Disease and has now retired.

"A story of two ordinary Christians in extraordinary circumstances. I am sure that you will be moved and inspired by their testimony. This book was written in order to encourage other people who are in the shadow of death and in the desert of loneliness. It says, 'You are not alone, whatever it feels like--because Christ has been there already, and he is there now.' Amen!"--Desmond Tutu (04/30/2011)