The message of Mark's Gospel 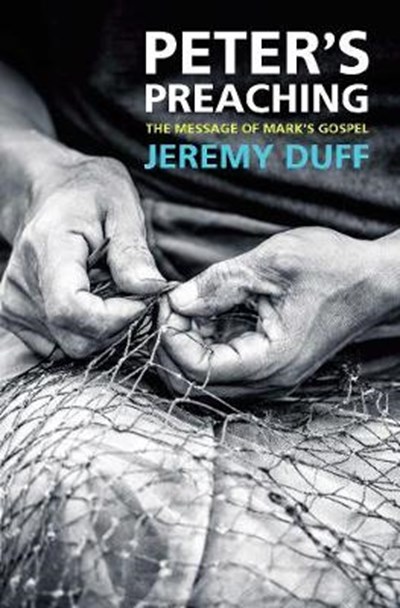 The message of Mark's Gospel

QTY
Add to Basket
Publisher: BRF (The Bible Reading Fellowship)
ISBN: 9780857463500
Published: 19/06/2015
Description Author Information Reviews
Do you know who wrote Mark's Gospel? At first glance, it may seem a ridiculous question. 'Mark, of course!' I hear you shout? But who was Mark? Mark's name doesn't appear on the list of disciples, as Matthew's does. His Gospel doesn't start with a clear statement of investigation, as does Luke's, offering credibility. Yet, remarkably, large chunks of Mark's Gospel appear in both Matthew's and Luke's work. What's going on? Jeremy Duff provides insightful answers in his new book Peter's Preaching, revealing how an ancient source describes Mark as Peter's translator to a Greek-speaking world. Intriguingly, though, this source also tells us that while Mark recorded Peter's preaching 'accurately', he did not record it 'in order'. Mark devised his own order of the stories, for his own purpose, using a structure and format that were as radical in the first century as ebooks are today. But that is only the start of Jeremy's detective work in this stimulating book, which moves on to uncover Peter's thought on the key themes of the Christian message, found distributed throughout the Gospel. Jeremy pieces these themes together like a jigsaw to reveal how Peter understood them, and how that understanding helps us to appreciate the radical nature of first-century Christian faith.

The Revd Professor Jeremy Duff is the Principal of St Padarn's Institute, responsible for discipleship and ministry training and ongoing development in the Church in Wales. Over the last twenty years he has combined a teaching ministry including major universities in the UK, as well as within the church, with church leadership, most recently in a deprived urban community near Liverpool (where Peter's Preaching was written). For ten years he was one of the commissioning editors for BRF's Guidelines Bible reading notes, and his book The Elements of New Testament Greek (2005) is one of Cambridge University Press's bestselling religion titles. He is also the co-author, with the Revd Dr Joanna Collicutt McGrath, of Meeting Jesus: Human responses to a yearning God (SPCK, 2006).