What ARE They Doing Down There?

A God's Eye View of the World, or What's Left of It 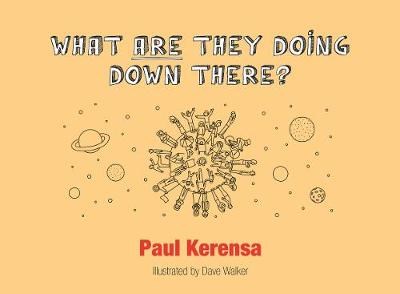 What ARE They Doing Down There?

A God's Eye View of the World, or What's Left of It

Paul is a British Comedy Award-winning co-writer of BBC's Miranda, Not Going Out and Top Gear. He wrote for C4's TFI Friday revival, and script-edits sitcoms across various UK television channels. He's written several books including So a Comedian Walks into a Church, recommended by The Independent as one of their top eight comedy books for Christmas 2013. As a stand-up comedian, he performs in comedy clubs and churches, and won ITV's Take The Mike Award. He's taken seven solo shows to the Edinburgh Festival and has visited Montreal Comedy Festival and various other international venues.