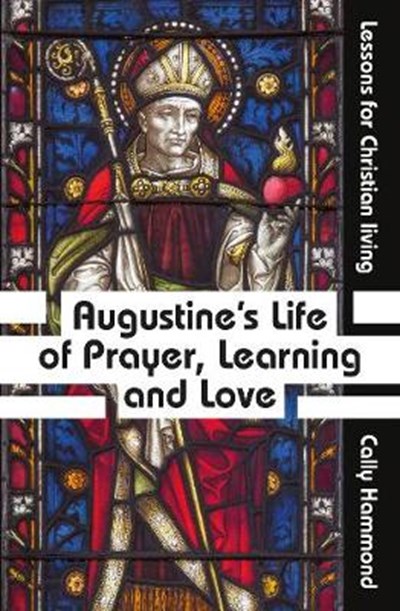 QTY
Add to Basket
Publisher: BRF (The Bible Reading Fellowship)
ISBN: 9780857467133
Number of Pages: 144
Published: 19/07/2019
Width: 13 cm
Height: 19.8 cm
Description Author Information Reviews
What can we learn from Augustine? There are many books that tell the life story of Augustine and how he has been fundamental in shaping Western Christian theology and practice. This is not one of them. This book is about how he became a Christian - the problems he faced; the doubts he struggled with. It is about how he made sense of his belief in God, and shared it with other people. It is about how he learned to read the Bible, and to pray. And it is about the word which is at the heart of his Christian life - love. It concludes with moments of prayer from Augustine's life, in which he glimpses visions of God, encouraging the reader to take their own next steps in discipleship. 'I am so grateful for this delightful and accessible introduction to Augustine, one of the most fascinating figures of Christian history. Here is the wonder and challenge of the Christian faith through Augustine's most personal of writings, skilfully interpreted to show how our most human struggles and longings can bring us to the love of God.' Revd Angela Tilby, Canon Emeritus of Christ Church, Oxford

Cally Hammond studied ancient history and literature before becoming ordained in 1998. After serving as a parish priest in Bedfordshire, she was appointed Dean of Gonville and Caius College, Cambridge, where she teaches New Testament Greek and early Christian history. She has published a trilogy of books on prayer, and her new edition and translation of Augustine's Confessions was published in 2014-16. Cally was one of the judges for the Church Times 100 Best Christian Books selection.