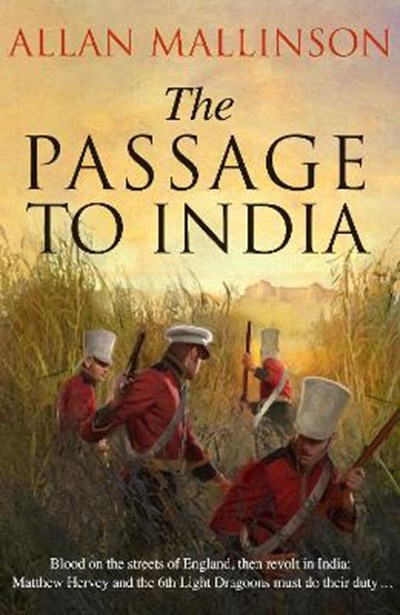 QTY
Add to Basket
Publisher: Transworld Publishers Ltd
ISBN: 9780857503794
Number of Pages: 352
Published: 21/03/2019
Width: 12.7 cm
Height: 19.8 cm
Description Author Information Reviews
It is 1831, riots and rebellions are widespread . . . In England, the new government is facing protests against the attempts of the Tory-dominated House of Lords to thwart the passing of the Reform Bill. In India, relations are strained between the presidency of Madras and some of the neighbouring princely states. Having taken command of the action in Bristol to restore order after one of the bloodiest and most destructive riots in the nation's history, Lieutenant-Colonel Matthew Hervey is out of favour with the new government. But then his old friend, Sir Eyre Somervile, offers him a lifeline. Somervile has persuaded the Court of Directors of the East India Company to approve an increase in the Madras military establishment. Hervey and the 6th Light Dragoons are sent to the princely state of Coorg. The Rajah is in revolt against the East India Company's terms and Hervey's regiment is called upon to crush the rebellion. With the stakes raised by an unexpected visitation from his past, for Hervey the question is whether he and his men will get out of this brutal war unscathed?

A professional solder for thirty-five years, Allan Mallinson began writing while still serving. His first book was a history of four regiments of British light dragoons, one of which he commanded. His debut novel was the bestselling A Close Run Thing, the first in an acclaimed series chronicling the life of a fictitious cavalry officer before and after Waterloo (The Tigress of Mysore is the fourteenth in the series). His The Making of the British Army was shortlisted for a number of prizes, while 1914: Fight the Good Fight won the British Army's 'Book of the Year' Award. Its sequel, Too Important for the Generals, is a provocative look at leadership during the Great War, while Fight to the Finish is a comprehensive history of the First World War, month by month. Allan Mallinson reviews for the Spectator and the TLS and also writes for The Times. He lives on Salisbury Plain.