The Private Life of Britain's Cathedrals 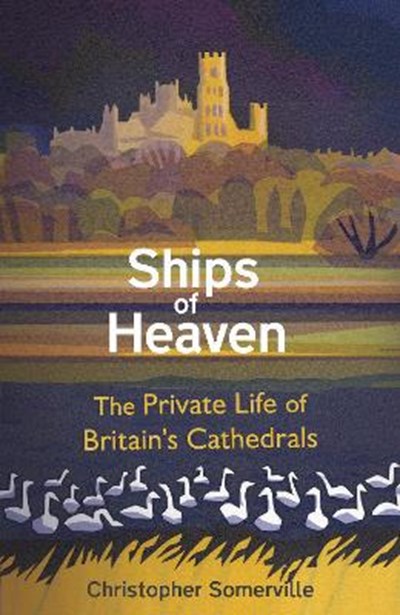 The Private Life of Britain's Cathedrals

QTY
Add to Basket
Publisher: Transworld Publishers Ltd
ISBN: 9780857523648
Number of Pages: 352
Published: 11/04/2019
Width: 16.2 cm
Height: 24 cm
Description Author Information Reviews
_________________ 'Something close to divine inspiration' - The Times When Christopher Somerville, author of the The January Man ('a truly wonderful, uplifting book, bursting with life' - Nicholas Crane), set out to explore Britain's cathedrals, he found his fixed ideas shaken to the roots. Starting out, he pictured cathedrals - Britain possesses over one hundred - as great unmoving bastions of tradition. But as he journeys among favourites old and new, he discovers buildings and communities that have been in constant upheaval for a thousand years. Here are stories of the monarchs and bishops who ordered the building of these massive but unstable structures, the masons whose genius brought them into being, the peasant labourers who erected (and died on) the scaffolding. We learn of rogue saints exploited by holy sinners, the pomp and prosperity that followed these ships of stone, the towns that grew up in their shadows, the impact of the Black Death, the Reformation and icon-smashing Puritanism, the revival brought about by the Industrial Revolution, and the hope and disillusion of two world wars. Meeting believers and non-believers, architects and archaeologists, the cleaner who dusts the monuments and the mason who judges stone by its taste, we delve deep into the private lives and the uncertain future of these ever-voyaging Ships of Heaven.

Christopher Somerville is the walking correspondent of The Times. He is one of Britain's most respected and prolific travel writers, with forty-two books, hundreds of newspaper articles and many TV and radio appearances to his name. He lives in Bristol.