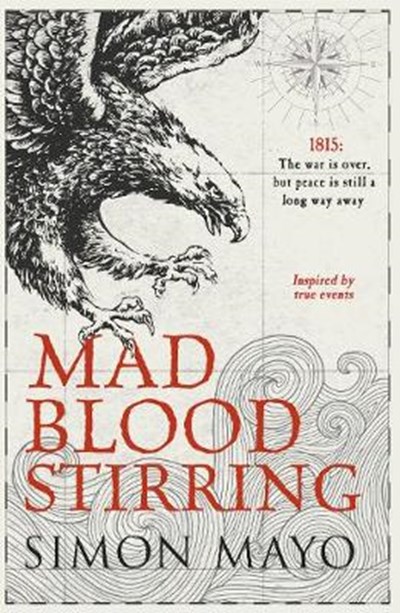 Publisher: Transworld Publishers Ltd
ISBN: 9780857525154
Number of Pages: 416
Published: 19/04/2018
Width: 16.2 cm
Height: 24 cm
Description Author Information Reviews
1815: The war is over but for the inmates at Dartmoor Prison, peace - like home - is still a long way away. On the eve of the year 1815, the American sailors of the Eagle finally arrive at Dartmoor prison; bedraggled, exhausted but burning with hope. They've only had one thing to sustain them - a snatched whisper overheard along the way. The war is over. Joe Hill thought he'd left the war outside these walls but it's quickly clear that there's a different type of fight to be had within. The seven prison blocks surrounding him have been segregated; six white and one black. As his voice rings out across the courtyard, announcing the peace, the redcoat guards bristle and the inmates stir. The powder keg was already fixed to blow and Joe has just lit the fuse. Elizabeth Shortland, wife of the Governor looks down at the swirling crowd from the window of her own personal prison. The peace means the end is near, that she needn't be here for ever. But suddenly, she cannot bear the thought of leaving. Inspired by a true story, Mad Blood Stirring tells of a few frantic months in the suffocating atmosphere of a prison awaiting liberation. It is a story of hope and freedom, of loss and suffering. It is a story about how sometimes, in our darkest hour, it can be the most unlikely of things that see us through. * 'Wonderful - a story I never heard before, told with style, pace, character, texture, and tension ... bliss.' Lee Child 'Bristling with energy, written with passion, Mad Blood Stirring is a joy to read.' John Boyne

Simon Mayo is a writer and broadcaster. He is the presenter of the podcast Simon Mayo's Books of the Year, a daily host on Scala Radio and co-presenter of Kermode and Mayo's Film Review for the BBC. His previous books include Mad Blood Stirring, Blame and the Itch trilogy, filmed for TV by ABC. Knife Edge is his debut contemporary thriller.