From a Low and Quiet Sea

Shortlisted for the Costa Novel Award 2018 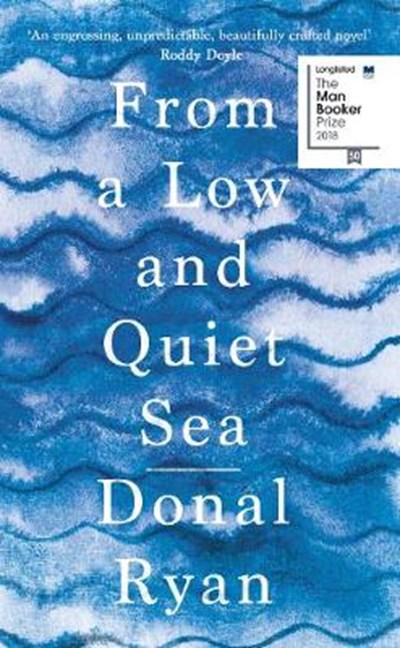 From a Low and Quiet Sea

Shortlisted for the Costa Novel Award 2018

Publisher: Transworld Publishers Ltd
ISBN: 9780857525345
Number of Pages: 192
Published: 22/03/2018
Width: 14.4 cm
Height: 22.2 cm
Description Author Information Reviews
***LONGLISTED FOR THE MAN BOOKER PRIZE 2018*** ***SHORTLISTED FOR THE COSTA NOVEL AWARD 2018*** 'Beautiful and affecting' David Nicholls 'An engrossing, unpredictable, beautifully crafted novel' RODDY DOYLE Farouk's country has been torn apart by war. Lampy's heart has been laid waste by Chloe. John's past torments him as he nears his end. The refugee. The dreamer. The penitent. From war-torn Syria to small-town Ireland, three men, scarred by all they have loved and lost, are searching for some version of home. Each is drawn towards a powerful reckoning, one that will bring them together in the most unexpected of ways.

Donal Ryan is from Nenagh in County Tipperary. His first three novels, The Spinning Heart, The Thing About December and All We Shall Know, and his short story collection A Slanting of the Sun, have all been published to major acclaim. The Spinning Heart won the Guardian First Book Award, the EU Prize for Literature (Ireland), and Book of the Year at the Irish Book Awards; it was shortlisted for the International IMPAC Dublin Literary Award, longlisted for the Man Booker Prize and the Desmond Elliott Prize, and was voted 'Irish Book of the Decade'. His fourth novel, From a Low and Quiet Sea, was longlisted for Man Booker Prize and shortlisted for the Costa Novel Award 2018. A former civil servant, Donal lectures in Creative Writing at the University of Limerick. He lives with his wife Anne Marie and their two children just outside Limerick City.