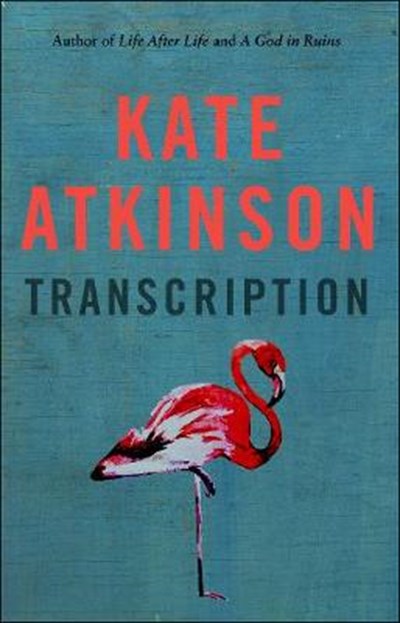 Publisher: Transworld Publishers Ltd
ISBN: 9780857525888
Number of Pages: 352
Published: 06/09/2018
Width: 16.2 cm
Height: 24 cm
Description Author Information Reviews
'An unapologetic novel of ideas which is also wise, funny and paced like a thriller' - Observer *The magnificent new novel by award-winner Kate Atkinson* In 1940, eighteen-year old Juliet Armstrong is reluctantly recruited into the world of espionage. Sent to an obscure department of MI5 tasked with monitoring the comings and goings of British Fascist sympathisers, she discovers the work to be by turns both tedious and terrifying. But after the war has ended, she presumes the events of those years have been relegated to the past for ever. Ten years later, now a producer at the BBC, Juliet is unexpectedly confronted by figures from her past. A different war is being fought now, on a different battleground, but Juliet finds herself once more under threat. A bill of reckoning is due, and she finally begins to realize that there is no action without consequence. Transcription is a work of rare depth and texture, a bravura modern novel of extraordinary power, wit and empathy. It is a triumphant work of fiction from one of this country's most exceptional writers. 'How vehemently most novelists will wish to produce a masterpiece as good' - Telegraph

Kate Atkinson is one of the world's foremost novelists. She won the Costa Book of the Year prize with her first novel, Behind the Scenes at the Museum. Her three critically lauded and prizewinning novels set around World War II are Life After Life, A God in Ruins (both winners of the Costa Novel Award), and Transcription. She was appointed MBE for services to literature in 2011. Her bestselling literary crime novels featuring former detective Jackson Brodie, Case Histories, One Good Turn, When Will There Be Good News? and Started Early, Took My Dog became a BBC television series starring Jason Isaacs. Jackson Brodie returns in her new novel Big Sky.