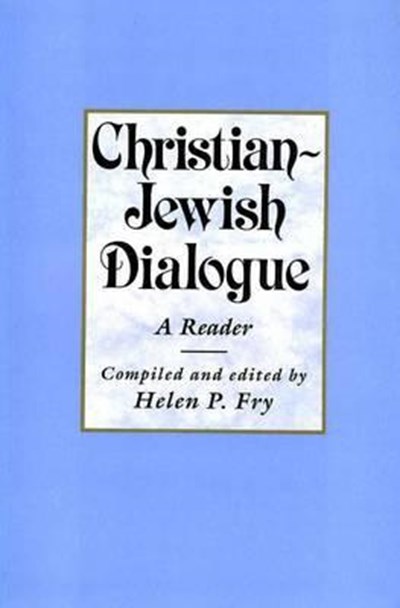 Publisher: University of Exeter Press
ISBN: 9780859895026
Number of Pages: 344
Published: 01/07/1996
Description Author Information Reviews
Brings together primary texts from influential Jewish and Christian writers, providing an accessible overview of the major issues and movements in the Christian-Jewish dialogue. The book includes key topics such as anti-Semitism, Jesus, Israel, women and the Holocaust.

Helen Fry PhD is an honorary research fellow in the Department of Hebrew and Jewish Studies at University College, London. During her research for her recent book Jews in North Devon during the Second World War (Halsgrove, 2005), she discovered that one in seven of the German and Austrian refugees who found shelter in Britain prior to 1939 enlisted in the British forces in the Second World War. It was this discovery that set her on the trail of 'The King's Most Loyal Enemy Aliens'. Helen is also the author of a number of articles for specialist journals on aspects of Jewish history. She lives in Devon.

' ... the book will be invaluable to students and others who are new to the issues.' (Christian-Jewish Dialogue European Judaism, Volume 30, No. 1, Spring 1997) 'The editor's contribution to this volume is invaluable. In addition to comments linking and summarising contributions, there is a succinct introduction on the background to the dialogue and a readable and personal final chapter. The bibliography and list of authors and sources is an excellent resource, revealing the huge amount of ongoing work currently taking place in Jewish-Christian dialogue... Overall, this book gives an excellent overview of the depth and breadth of thinking, discussion and writing which are rapidly and profoundly changing the relationship between Christians and Jews. Bringing together such material is a remarkable achievement and makes it a valuable resource for anyone wishing either to participate in dialogue or simply to understand the issues involved.' (Christian-Jewish Dialogue The Australian Jewish News, 17 October 1997) 'The breadth of this thoughtfully-chosen selection is indicated by the inclusion, on the one hand, of the Palestinian Christian Naim Ateek in the section on Israel, and, on the other hand, of Judith Plaskow, who has argued that feminist attacks on the patriarchy of the Old Testament are a form of anti-Judaism.' (Christian-Jewish Dialogue Theological Book Review, June 1997) 'The Reader introduces key ideas and issues as well as providing background material. I found my appetite whetted by many of the passages and I now intend to read in full many of the articles and books. I was particularly pleased to read several fascinating, but previously unpublished, pieces and at the end of each section there is an excellent list of suggestions for further reading. The book also has a very good bibliography and a glossary of terms. A Reader such as this will be very valuable to students at all levels who are studying some aspect of Christian-Jewish relations. It would also be of interest to Jews and Christians who are participating in dialogue or considering the need to do so. There is a great deal of material which would help someone to 'get their bearings' on both theory and practice. The extracts deal with some major theological issues which arise in dialogue such as the nature of God, Christology, the problem of suffering and soteriology and while these are not discussed in depth the commentary on the extracts enables the reader to get a sense of the wider picture.' (Christian-Jewish Dialogue Common Ground, 1997)