Poems of St. John of the Cross 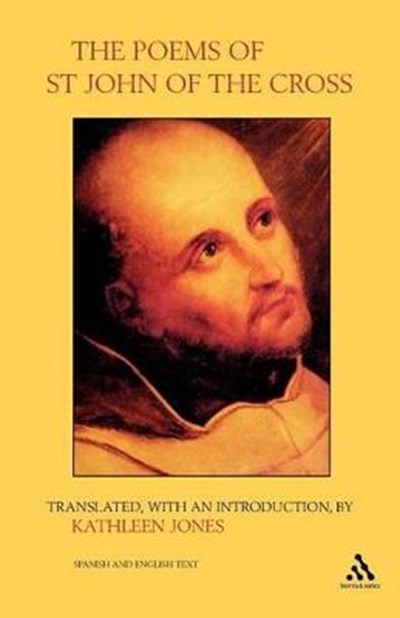 Poems of St. John of the Cross

QTY
Add to Basket
Publisher: Bloomsbury Publishing PLC
ISBN: 9780860122104
Number of Pages: 130
Published: 01/03/2001
Width: 13.8 cm
Height: 21.6 cm
Description Author Information Reviews
St John of the Cross is the supreme poet of the mystical tradition in Christianity. His poems are the most concise and beautiful expression of the experience of the love of God in Western literature. They are also the inspiration for his great prose works, which are extended commentaries on the poems. Many of these stem from his imprisonment in Toledo in 1577-78, from which he made a dramatic escape, taking refuge in a "discalced" (barefoot) Carmelite convent, where he apparently dictated poems from a notebook he had managed to bring out of prison. John was a man of his time and loved the courtly and popular literature of his age. The poems reflect this in their imagery and metre. Others draw their inspiration from the "Song of Songs" in the Bible. His images of human love and nature make his poems readily accessible on the level of literature. But the "divine" intention is always there, and this is the quality Kathleen Jones has sought to bring out in her translation, "Consideration of rhyme and metre have been treated as secondary to the importance of precise theological expression, and of conveying something of the lyricism and spiritual power of the original".

Kathleen Jones is an editorial consultant to the new Butler's Lives of the Saints and edited two volumes in the series. She is Emeritus Professor of Social Policy in the University of York and was a member of the Archbishops' Commissions on Church and State and Marriage and of General Synod. The author of numerous professional and religious books, she lives in York.