Pope of the Century 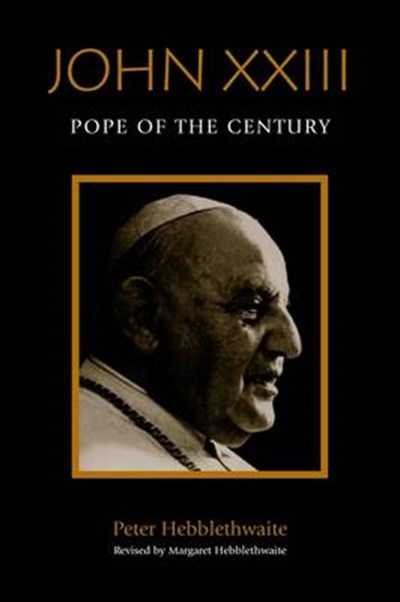 Pope of the Century

QTY
Add to Basket
Publisher: Bloomsbury Publishing PLC
ISBN: 9780860123873
Number of Pages: 298
Published: 14/04/2005
Width: 15.6 cm
Height: 23.4 cm
Description Author Information Reviews
Angelo Roncalli was elected Pope in 1958 and in four and a half years, through summoning the Second Vatican Council and putting in hand a major revision of the code of Canon Law, had transformed the Roman Catholic Church. Through his personality and teaching, and his initiatives with world leaders, he gave the papacy a new vision and set before the Catholic Church a new version of its mission to the world. Today many people throughout the world see Pope John XXIII as one of the twentieth-century's most loved and influential figures.

Peter Hebblethwaite (b. 1930) was considered the foremost "Vaticanologist" in the English-speaking world and wrote the definitive biography, in addition to this one, of Paul VI: The First Modern Pope (1993). He died in December 1994.