Saga of St. Jon of Holar 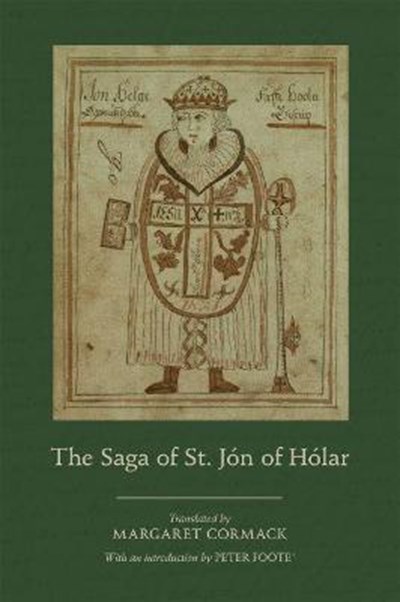 Saga of St. Jon of Holar

QTY
Add to Basket
Publisher: Arizona Center for Medieval & Renaissance Studies,US
ISBN: 9780866986373
Number of Pages: 224
Published: 05/11/2021
Width: 15.1 cm
Height: 23.5 cm
Description Author Information Reviews
This volume contains a translation of the version of the Saga of St. Jon of Holar that is probably closest to the first Latin vita. It is only the second saga of an Icelandic episcopal saint to appear in a modern translation in the present century. The volume consists of two parts, the first comprising a general introduction and a translation by Margaret Cormack. The second part provides a detailed scholarly analysis of the manuscripts, contents, style, and literary connections of the saga by the late Peter Foote, one of the foremost scholars of Old Norse and Icelandic literature. The Jons saga was written in the early thirteenth century, nearly a century after the death of its protagonist, the first bishop of the diocese of Holar in Northern Iceland. The author of the saga combined Latin learning with native folklore to produce a readable narrative that is contemporary with the earliest family and contemporary sagas. This text provides valuable insight into the religious life of ordinary Icelanders in the thirteenth century, and the introduction corrects common misconceptions about ecclesiastical history and the cult of saints in Iceland. It will be of value to scholars of medieval Icelandic literature, hagiography, and history.

Margaret Cormack is professor emeritus of religious studies at the College of Charleston, SC, and affiliate professor in the faculty of theology and religious studies at the University of Iceland. She is the author of The Saints in Iceland: Their Veneration from the Conversion to 1400. Peter Foote (1924-2009) was a scholar of Old Norse literature and Scandinavian studies. He inaugurated the Department of Scandinavian Studies at University College London and headed it for twenty years