Under the Siege of the Divine 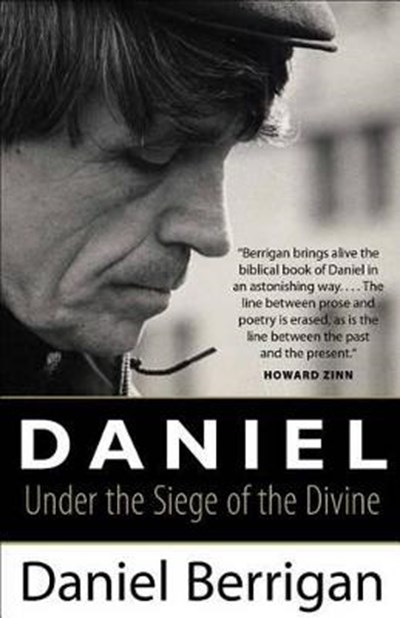 Under the Siege of the Divine

eBook FAQ
Add to Basket
Publisher: Plough Publishing House
ISBN: 9780874860269
Number of Pages: 230
Published: 30/04/2017
Width: 13.9 cm
Height: 21.5 cm
Description Author Information Reviews
The renowned poet, priest, and activist brings to life his namesake and role model, the biblical prophet Daniel. Daniel Berrigan's powerful, poetic commentary on the biblical book of Daniel brings to life a prophet who has as much to say to our hedonistic, warring world as he did to the people of Old Testament times. Continuing the series he began with Isaiah and Ezekiel, Berrigan fuses social critique, Jewish midrash, and political commentary to bring us a book of stylistic distinction and spiritual depth. A bold and unorthodox application of the Old Testament to current political and social discourse, Daniel is not simply a book about a bygone prophet, but a powerful charge to all people of conscience. As Berrigan writes, "There are principalities of today to be confronted, their idols and thrice-stoked furnaces and caves of lions, their absurd self-serving images and rhetoric. Someone must pink their pride, decode the handwriting on the wall. Who is to stand up, to withstand?"

A renowned poet, Jesuit priest, and antiwar activist, Daniel Berrigan (1921-2016) has been called "the conscience of a generation." He became a household name in 1968, when he seized draft records at Catonsville, Maryland, and burned them with napalm, galvanizing a protest movement and igniting widespread religious opposition to the Vietnam War. "Better the burning of paper than of children," he told the judge. Berrigan published over fifty books of poetry, essays, and scripture commentaries in his lifetime. He was also arrested more than fifty times for creative acts of nonviolent civil disobedience and spent several years in prison.