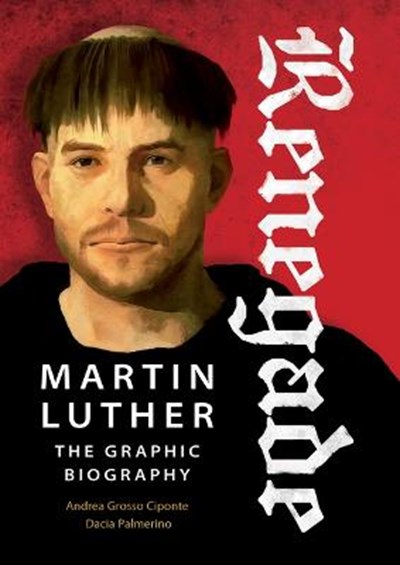 QTY
Add to Basket
Publisher: Plough Publishing House
ISBN: 9780874862072
Number of Pages: 160
Published: 09/10/2017
Width: 21.5 cm
Height: 30.4 cm
Description Author Information Reviews
The life of reformer Martin Luther in the graphic novel format Gold Medal Winner, 2018 IPPY Book of the Year Award, Independent Publishers Gold Medal Winner, 2017 Indies Awards, Foreword Reviews Magazine Intriguing and informative." --Library Journal, Starred Review Five hundred years ago a brash young monk single-handedly confronted the most powerful institutions of his day. His bold stand sparked the Protestant Reformation and marked one of the great turning points in history. Martin Luther, a spiritual and historical giant, is loved and hated to this day-and for good reason. The anniversary of the revolution he helped start has produced a spate of doorstop-sized biographies. Luckily, today there exists a more accessible format that does justice to such a colorful, complex character and his tumultuous life and times - the graphic novel. In a world of grinding poverty, plague, and religious superstitions, a child of laborers distinguishes himself at university - until a lightning-bolt conversion lands him in a monastery. There his personal battles with disillusionment and doubt culminate in a cry for freedom. The rest is the stuff of history and legend: Luther's revolt against Rome with the nailing of ninety-five theses to the church door in Wittenberg; his time spent incognito at Wartburg Castle, where he famously throws an inkpot at the devil; his seditious translation and publication of the Bible in the language of the people; his scandalous marriage to former nun Katharina von Bora; and, in later years, his ugly tirades against peasants, Anabaptists, and Jews. Each chapter of Luther's life comes vividly to life thanks to cutting-edge graphic techniques, meticulous historical research, and compelling writing. This could be the biggest breakthrough for Martin Luther since the Gutenberg press. With its splendid color and unvarnished narrative, this is surely the most successful graphic biography ever. --Georg Howahl, WAZ

Dacia Palmerino has collaborated with Andrea Grosso Ciponte on six graphic novels since 2014. Formerly a professor at the Academy of Fine Arts in Foggia, Italy, she researches experimentation in audiovisual and multimedia art, curates film and video exhibits, and reviews emerging artists and musicians. Born in Milan in 1978, Palmerino lives and works in Catanzaro, Italy. Andrea Grosso Ciponte is a Calabrian painter, graphic novelist, filmmaker, and illustrator. He is a professor of computer graphics and digital animation techniques at the Academy of Fine Arts in Catanzaro, Italy. Ciponte was born in Praia a Mare, Italy, in 1977. In 2011 his work was shown at the Venice Biennale.