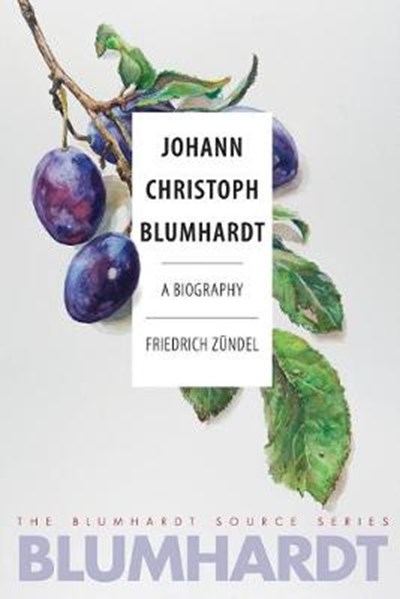 eBook FAQ
Add to Basket
Publisher: Plough Publishing House
ISBN: 9780874862416
Number of Pages: 540
Published: 02/08/2019
Width: 15.2 cm
Height: 22.9 cm
Description Author Information Reviews
The definitive biography of a renowned German pastor. Though relatively unknown in America, Johann Christoph Blumhardt (1805-1880) is widely recognized in his native Germany, in part because of Friedrich Zundel's landmark biography. The terrifying battle between the spiritual forces of good and evil described here, and the awakening that followed, catapulted Blumhardt's parish into the public eye and still draws seekers to it. Zundel's account is fascinating on a historical level, but it is also infused with enduring pastoral insights and spiritual wisdom. Here is an almost unbelievable account of one person's faith in the inbreaking of God's kingdom and its victory over powers that bind and divide humanity.

Friedrich Zundel (1827-1891), a Swiss pastor, author, and essayist, is best known for his landmark biography of Johann Christoph Blumhardt, whom he knew well. First published in 1880, it has been re-issued dozens of times and remains in print. Zundel went on to write two other books in German, Jesus (1884) and In the Apostles' Time (1886). Christian T. Collins Winn (PhD, Drew University) is Associate Professor of Theology at the Global Center for Advanced Studies, College Dublin, and a licensed minister in the American Baptist Churches (USA). He is author of "Jesus is Victor!" The Significance of the Blumhardts for the Theology of Karl Barth. Charles E. Moore is co-editor, with Christian T. Collins Winn, of The Blumhardt Source Series. He has also edited several acclaimed popular collections of Blumhardt writings, including Action in Waiting, Everyone Belongs to God, and The God Who Heals. Other books he has compiled and edited include Called to Community: The Life Jesus Wants for His People, Bearing Witness: Stories of Martyrdom and Costly Discipleship, Provocations: Spiritual Writings of Kierkegaard, and Leo Tolstoy: Spiritual Writings. Charles Moore is a member of the Bruderhof and lives at the Mount Community in New York State with his wife and daughter. He writes for Plough Quarterly and blogs at Bruderhof.com.