Living for the Kingdom of God 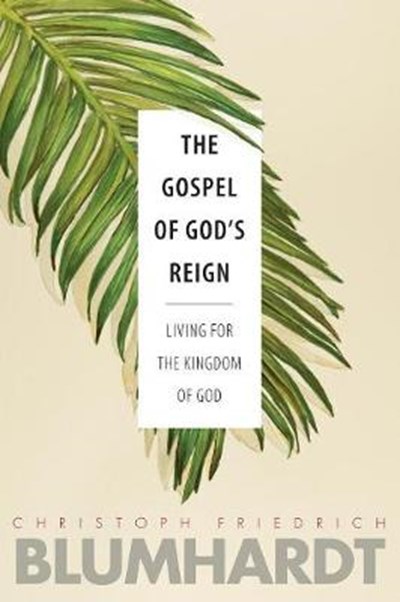 Living for the Kingdom of God

QTY
Add to Basket
Publisher: Plough Publishing House
ISBN: 9780874862430
Number of Pages: 128
Published: 02/08/2019
Width: 15.2 cm
Height: 22.9 cm
Description Author Information Reviews
The kingdom of God is breaking in here on earth, and you can be part of it. No doubt, it is common to hear Christians today declaring their allegiance to God's kingdom. But what does this actually entail, and what difference does it make? In his characteristically provocative and daring way, Christoph Blumhardt articulates a vision of God's kingdom that turns much of our understanding of modern Christianity upside-down. In the present volume, available in English for the first time, Blumhardt leads readers to look at the gospel anew, challenging us to follow Jesus in a way that makes God's reign a reality, here and now. Bypassing vague notions of spirituality, as well as transcending simplistic approaches to faith, Blumhardt inspires us to actually live under the rule and reign of God.

Christoph Friedrich Blumhardt (1842-1919), with his unconventional ideas about the kingdom of God, profoundly affected a whole generation of European seekers. Pastor, politician, and author, he influenced Dietrich Bonhoeffer, Emil Brunner, Oscar Cullman, and Karl Barth, among other luminaries. Yet his vision and witness are still waiting to be discovered by most Americans, few of whom have had access to his works. He carried forward the work of his father, Johann Christoph Blumhardt (1805-1880), who is regarded by many as the key figure of German pietism. Christian T. Collins Winn (PhD, Drew University) is Associate Professor of Theology at the Global Center for Advanced Studies, College Dublin, and a licensed minister in the American Baptist Churches (USA). He is author of "Jesus is Victor!" The Significance of the Blumhardts for the Theology of Karl Barth. Charles E. Moore is co-editor, with Christian T. Collins Winn, of The Blumhardt Source Series. He has also edited several acclaimed popular collections of Blumhardt writings, including Action in Waiting, Everyone Belongs to God, and The God Who Heals. Other books he has compiled and edited include Called to Community: The Life Jesus Wants for His People, Bearing Witness: Stories of Martyrdom and Costly Discipleship, Provocations: Spiritual Writings of Kierkegaard, and Leo Tolstoy: Spiritual Writings. Charles Moore is a member of the Bruderhof and lives at the Mount Community in New York State with his wife and daughter. He writes for Plough Quarterly and blogs at Bruderhof.com.