On Faith, the Holy Spirit, and the Coming Kingdom 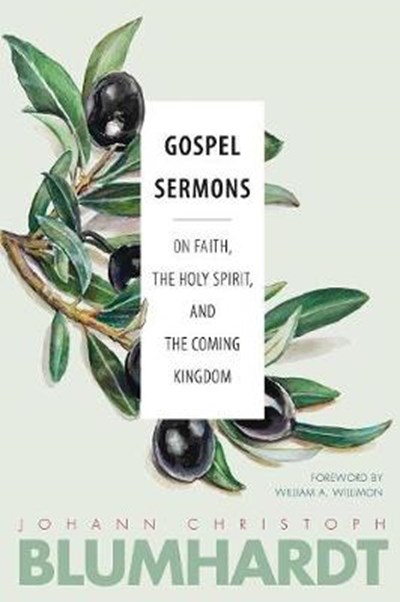 On Faith, the Holy Spirit, and the Coming Kingdom

QTY
Add to Basket
Publisher: Plough Publishing House
ISBN: 9780874862454
Number of Pages: 290
Published: 02/08/2019
Width: 15.2 cm
Height: 22.9 cm
Description Author Information Reviews
Don't wait for the end times--we can experience the outpouring of the Holy Spirit and the presence of God's future already now. If you want to pick a theological fight with someone, enter into a discussion about eschatology. You'll encounter a kaleidoscope of opinions and, more likely than not, outright disagreement. On one end of the spectrum there are the doomsday naysayers who, in warning us to get ready for the end, have determined in advance the very signs of Christ's return. On the other end are those who idealize God's future to such an extent that it has virtually no relevance for faith. Enter Johann Christoph Blumhardt. Blumhardt cuts through both end-time speculation and eschatological indifference with a passionate plea to make room, here and now, for God's coming kingdom. Blumhardt's whole approach toward "last things" is so out of the ordinary that it fills one with an authentic exhilaration that defies the staid confines of conventional Christianity. These sermons articulate not just a theology of hope but are refreshing, compelling insights into the prophetic vision of the great outpouring of the Spirit upon all flesh. With confidence and holy expectation, Blumhardt reminds us that we can experience now, and even hasten on, the presence of God's future. We need only pray for it, watch for it, and live for it. It is at hand!

Johann Christoph Blumhardt (1805-1880) was a Lutheran pastor and a key figure of German Pietism. Blumhardt studied theology in Tubingen and, after a brief term as executive for a missionary society, became pastor in Moettlingen, a village in Wurttemberg, southern Germany. He is remembered to this day for his role in the extraordinary events surrounding the revival at Moettlingen, and for his influence on later theologians, including his son Christoph Friedrich Blumhardt, Eberhard Arnold, and Karl Barth. Christian T. Collins Winn (PhD, Drew University) is Professor of Historical and Systematic Theology and Chair of the Biblical and Theological Studies Department at Bethel University, St. Paul, Minnesota, and an ordained minister in the American Baptist Churches (USA). He is author of "Jesus Is Victor!": The Significance of the Blumhardts for the Theology of Karl Barth. Charles E. Moore is co-editor, with Christian T. Collins Winn, of The Blumhardt Source Series. He has also edited several acclaimed popular collections of Blumhardt writings, including Action in Waiting, Everyone Belongs to God, and The God Who Heals. Other books he has compiled and edited include Called to Community: The Life Jesus Wants for His People, Bearing Witness: Stories of Martyrdom and Costly Discipleship, Provocations: Spiritual Writings of Kierkegaard, and Leo Tolstoy: Spiritual Writings. Charles Moore is a member of the Bruderhof and lives at the Mount Community in New York State with his wife and daughter. He writes for Plough Quarterly and blogs at Bruderhof.com.