Make Way for the Spirit

My father's battle and mine 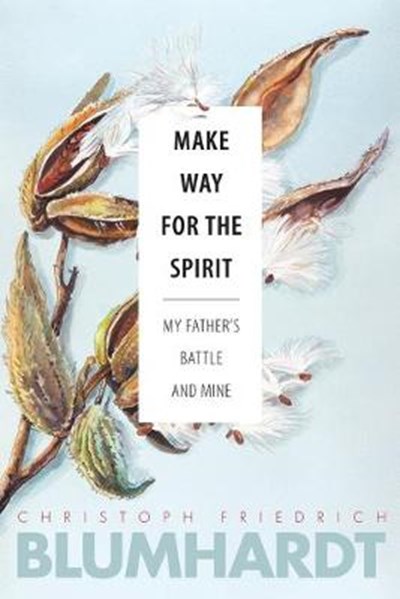 Make Way for the Spirit

My father's battle and mine

eBook FAQ
Add to Basket
Publisher: Plough Publishing House
ISBN: 9780874862836
Number of Pages: 158
Published: 02/08/2019
Width: 15.2 cm
Height: 22.9 cm
Description Author Information Reviews
But God marches forward in history, and whoever stands still is in danger of losing God. Here the son, Christoph Friedrich Blumhardt, writes as nowhere else about his father, Johann Christoph Blumhardt, clarifying the unity and continuity in their thought, but also his own painful though necessary points of departure. In particular, he takes a critical look at the role of faith healing, exorcism, and spiritual warfare in "The Awakening" that thrust his father into the limelight, as well as his father's reluctance to step beyond the walls of the Christianity he inherited. God wants to renew the whole world, to pour out his Spirit on humankind again, and around the world Christians are praying for renewal and revival. Are we standing in the way? Blumhardt calls out obstacles or "false crutches" that he believes thwarted the movement of the Spirit in his father's time and his own, all of which are still with us today: a focus on piety and personal salvation, misconceptions about mission and evangelism, and the institutional church with its human structures, dogmas, and traditions. If the religion of our churches is too small for God, are we ready to step outside and live in accordance with his great future?

Christoph Friedrich Blumhardt (1842-1919), with his unconventional ideas about the kingdom of God, profoundly affected a whole generation of European seekers. Pastor, politician, and author, he influenced Dietrich Bonhoeffer, Emil Brunner, Oscar Cullman, and Karl Barth, among other luminaries. Yet his vision and witness are still waiting to be discovered by most Americans, few of whom have had access to his works. He carried forward the work of his father, Johann Christoph Blumhardt (1805-1880), who is regarded by many as the key figure of German pietism. Christian T. Collins Winn (PhD, Drew University) is Associate Professor of Theology at the Global Center for Advanced Studies, College Dublin, and a licensed minister in the American Baptist Churches (USA). He is author of "Jesus is Victor!" The Significance of the Blumhardts for the Theology of Karl Barth. Charles E. Moore is co-editor, with Christian T. Collins Winn, of The Blumhardt Source Series. He has also edited several acclaimed popular collections of Blumhardt writings, including Action in Waiting, Everyone Belongs to God, and The God Who Heals. Other books he has compiled and edited include Called to Community: The Life Jesus Wants for His People, Bearing Witness: Stories of Martyrdom and Costly Discipleship, Provocations: Spiritual Writings of Kierkegaard, and Leo Tolstoy: Spiritual Writings. Charles Moore is a member of the Bruderhof and lives at the Mount Community in New York State with his wife and daughter. He writes for Plough Quarterly and blogs at Bruderhof.com.