That Way and No Other

Following God through Storm and Drought 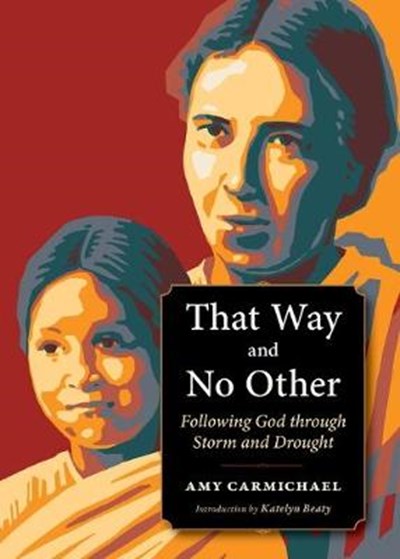 That Way and No Other

Following God through Storm and Drought

Publisher: Plough Publishing House
ISBN: 9780874863031
Number of Pages: 144
Published: 03/03/2020
Width: 12.7 cm
Height: 17.7 cm
Description Author Information Reviews
How do you stay true to God's call for your life? Amy Carmichael left everything to become a missionary in India. But then seven-year-old Preena, fleeing sexual slavery, threw herself on the newcomer's protection. Could Carmichael relinquish a religious vocation to become a "nursemaid"? A picture of Jesus washing his disciples' feet came to her mind, and "the question answered itself and was not asked again." Joined by a growing team of Indian women, Carmichael founded Dohnavur, a community of households that has provided family for hundreds of girls who might otherwise have been sold into prostitution. A modern-day saint, Amy Carmichael has inspired generations of missionaries and activists. The practical wisdom in these selections, taken from her many books, confirms her as a trustworthy spiritual guide for anyone honestly seeking to follow God's path.

Born near Belfast, Ireland, Amy Carmichael (1867-1951) left Europe as a Christian missionary to India at age twenty-seven, never to return. Over the next fifty-five years she became Amma (mother) to hundreds of children and wrote dozens of books about the way of discipleship.