Inner Land - A Guide into the Heart of the Gospel, Volume 4 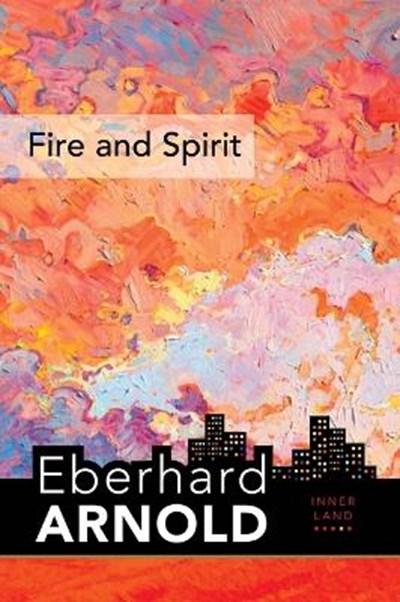 Inner Land - A Guide into the Heart of the Gospel, Volume 4

eBook FAQ
Add to Basket
Publisher: Plough Publishing House
ISBN: 9780874863208
Number of Pages: 120
Published: 06/10/2020
Width: 14 cm
Height: 21 cm
Description Author Information Reviews
Lightning and forest fires could strike terror in primitive humans, yet they also cherished fire as a life-giving gift from the gods. Eberhard Arnold surveys the symbolism of light and fire in the Bible, literature, and history to illuminate our love/fear relationship with God. The Holy Spirit, like fire, is a two-edged sword: it brings the blazing wrath of God's judgment, consuming all that is dead and cold in us, but also the radiant warmth of his love, mercy, and redemption. Though Inner Land was not explicitly critical of the Nazi regime, it nevertheless attacked the spirits that animated German society at the time: racism and bigotry, nationalistic fervor, mass hysteria, and materialism. The chapter "Light and Fire," in particular, was a deliberate public statement at a decisive moment of Germany's history. Eberhard Arnold sent Hitler a copy on November 9, 1933. A week later the Gestapo raided the community and ransacked the author's study. After this first raid, Eberhard Arnold asked two friends to pack the already printed signatures of Inner Land in watertight metal boxes and bury them at night for safekeeping. They later dug up Inner Land and smuggled it out of the country, publishing it in Lichtenstein after Eberhard Arnold's death. The fourth volume of five in Inner Land, Fire and Spirit contains two chapters, "Light and Fire" and "The Holy Spirit." About Innerland: It is hard to exaggerate the significance of Innerland, either for Eberhard Arnold or his readers. It absorbed his energies off and on for most of his adult life - from World War I, when he published the first chapter under the title War: A Call to Inwardness, to 1935, the last year of his life. Packed in metal boxes and buried at night for safekeeping from the Nazis, who raided the author's study a year before his death (and again a year after it), Innerland was not openly critical of Hitler's regime. Nevertheless, it attacked the spirits that animated German society: its murderous strains of racism and bigotry, its heady nationalistic fervor, its mindless mass hysteria, and its vulgar materialism. In this sense Innerland stands as starkly opposed to the zeitgeist of our own day as to that of the author's. At a glance, the focus of Innerland seems to be the cultivation of the spiritual life as an end in itself. Nothing could be more misleading. In fact, to Eberhard Arnold the very thought of encouraging the sort of selfish solitude whereby people seek their own private peace by shutting out the noise and rush of public life around them is anathema. He writes in The Inner Life: "These are times of distress. We cannot retreat, willfully blind to the overwhelming urgency of the tasks pressing on society. We cannot look for inner detachment in an inner and outer isolation...The only justification for withdrawing into the inner self to escape today's confusing, hectic whirl would be that fruitfulness is enriched by it. It is a question of gaining within, through unity with eternal powers, a strength of character ready to be tested in the stream of the world." Innerland, then, calls us not to passivity, but to action. It invites us to discover the abundance of a life lived for God. It opens our eyes to the possibilities of that "inner land of the invisible where our spirit can find the roots of its strength and thus enable us to press on to the mastery of life we are called to by God." Only there, says Eberhard Arnold, can our life be placed under the illuminating light of the eternal and seen for what it is. Only there will we find the clarity of vision we need to win the daily battle that is life, and the inner anchor without which we will lose our moorings.