Thunder in the Soul

To Be Known By God 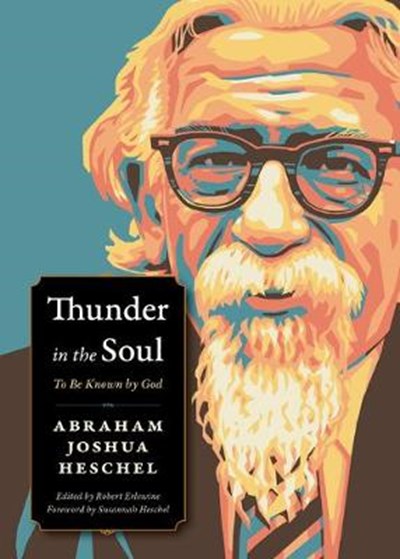 Thunder in the Soul

To Be Known By God

QTY
Add to Basket
Publisher: Plough Publishing House
ISBN: 9780874863512
Number of Pages: 168
Published: 02/03/2021
Width: 12.7 cm
Height: 17.8 cm
Description Author Information Reviews
Like the Hebrew prophets before him, the great American rabbi and civil rights leader reveals God's concern for this world and each of us. Abraham Joshua Heschel, descended from a long line of Orthodox rabbis, fled Europe to escape the Nazis. He made the insights of traditional Jewish spirituality come alive for American Jews while speaking out boldly against war and racial injustice. Heschel brought the fervor of the Hebrew prophets to his role as a public intellectual. He challenged the sensibilities of the modern West, which views science and human reason as sufficient. Only by rediscovering wonder and awe before mysteries that transcend knowledge can we hope to find God again. This God, Heschel says, is not distant but passionately concerned about our lives and human affairs, and asks something of us in return. This little book, which brings together Heschel's key insights on a range of topics, will reinvigorate readers of any faith who hunger for wonder and thirst for justice. Plough Spiritual Guides briefly introduce the writings of great spiritual voices of the past to new readers.

Abraham Joshua Heschel (1907-1972) was one of the most prominent Jewish theologians and philosophers of the twentieth century. Born in Poland, he moved to America in 1940. Maintaining that religion and justice were inseparable, he was active in the civil rights and anti-war movements. His books include The Earth Is the Lord's (1950), Man Is Not Alone: A Philosophy of Religion (1951), The Sabbath: Its Meaning to Modern Man (1951), Man's Quest for God: Studies in Prayer and Symbolism (1954), God in Search of Man: A Philosophy of Judaism (1956); and The Prophets (1962). Robert Erlewine, Isaac Funk Professor of Religion at Illinois Wesleyan University, teaches courses on philosophy of religion and modern Judaism. As a scholar, Dr. Erlewine explores the interconnections between modern Jewish thought and broader social and political concerns. He is the author of Monotheism and Tolerance (2010) and Judaism and the West (2016), and has served as managing editor of the Journal of Jewish Thought and Philosophy. Susannah Heschel, The daughter of Abraham Joshua Heschel, Susannah Heschel is the Eli M. Black Distinguished Professor of Jewish Studies at Dartmouth College. Heschel's scholarship focuses on Jewish and Christian interactions in Germany during the nineteenth and twentieth centuries. She is the author of Abraham Geiger and the Jewish Jesus (1998), and other works. Susannah is one of the leading Jewish theologians and Jewish philosophers of the 20th century.