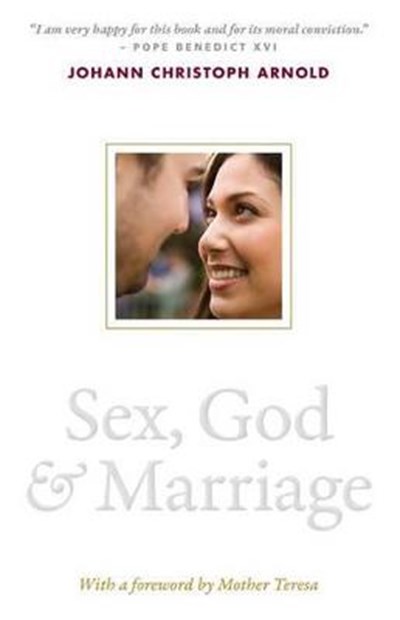 eBook FAQ
Add to Basket
Publisher: Plough Publishing House
ISBN: 9780874866506
Number of Pages: 194
Published: 01/06/2015
Width: 13.9 cm
Height: 21.5 cm
Description Author Information Reviews
In this groundbreaking book, Arnold, a pastor for over forty years, provides fresh biblical insights into critical issues including the sacredness of sex, the struggle against temptation, the decision to remain single or to marry, child rearing, homosexuality, divorce and remarriage. Sex, God, and Marriage offers healing to anyone who has known discouragement or failure - and hope to anyone who is willing to take a bold new look at a topic of universal interest and concern. Unlike the vast majority of marriage books, Sex, God, and Marriage digs deeper than the usual issues and goes to the root: our relationship with God, and the defining power of that relationship over all others in our lives.

Johann Christoph Arnold was an award-winning author with over two million copies of his twelve books in print in more than twenty languages. A noted speaker and writer on marriage, parenting, and end-of-life issues. Arnold was a senior pastor of the Bruderhof, a movement of Christian communities, until his death in April 2017. Johann Christoph Arnold's books include Why Forgive?, Rich in Years, Their Name Is Today, Seeking Peace, Escape Routes, Cries from the Heart, Be Not Afraid, Why Children Matter, and Sex, God and Marriage. Mother Teresa (1910-1997) founded the Missionaries of Charity, a religious order devoted to serving the poor. In 1979, Mother Teresa was awarded the Nobel Peace Prize. In 2016, the Roman Catholic Church canonized her as Saint Teresa of Calcutta.