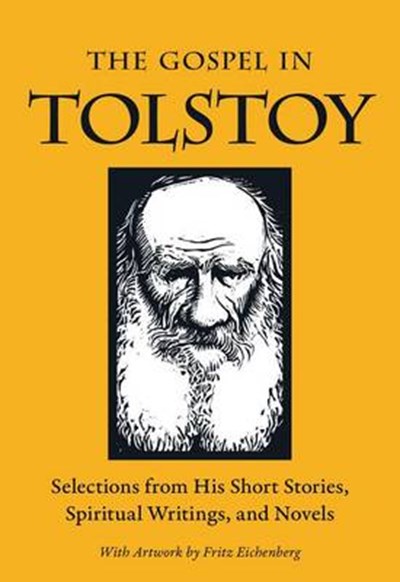 eBook FAQ
Add to Basket
Publisher: Plough Publishing House
ISBN: 9780874866704
Number of Pages: 342
Published: 12/10/2015
Width: 13.9 cm
Height: 20.3 cm
Description Author Information Reviews
We know of no better introduction to the spiritual vision of one of the greatest writers of all time. This anthology vividly reveals - as none of his novels, novellas, short stories, plays, or essays could on its own - the great Russian novelist's fascination with the life and teachings of Jesus and the gospel themes of betrayal and forgiveness, sacrifice and redemption, death and resurrection. Drawn from War and Peace, Anna Karenina, Resurrection, The Death of Ivan Ilyich, The Kingdom of God Is Within You, Master and Man, Walk in the Light, and Twenty-Three Tales, the selections are each prefaced by a contextual note. Newcomers will find in these pages a rich, accessible sampling. Tolstoy enthusiasts will be pleased to find some of the writer's deepest, most compelling passages in one volume.

Hailed as one of the world's greatest writers - by the likes of Dostoyevsky, Chekhov, Woolf, Joyce, Proust, Faulkner, and Nabokov - Leo Tolstoy (1828-1910) is best known for his novels War and Peace and Anna Karenina. He also received literary acclaim for his novel Resurrection, novellas such as The Death of Ivan Ilyich, and dozens of short stories including Master and Man and Walk in the Light. His spiritual and philosophical essays on Christianity, nonviolent resistance, and justice profoundly influenced Mahatma Gandhi and Martin Luther King, Jr., among others. Born into Russian nobility, Tolstoy eventually renounced his wealth and title to put his beliefs into practice.