My God and My All

The Life of Saint Francis of Assisi 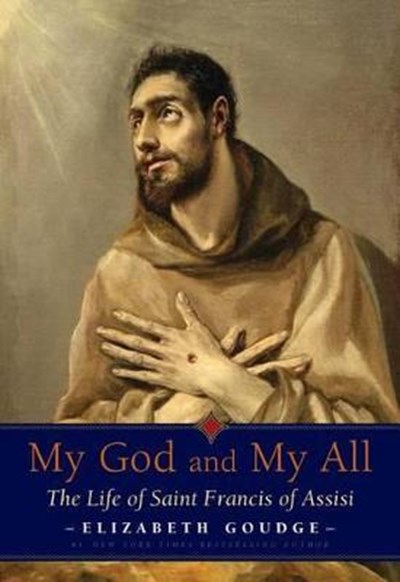 My God and My All

The Life of Saint Francis of Assisi

eBook FAQ
Add to Basket
Publisher: Plough Publishing House
ISBN: 9780874866780
Number of Pages: 310
Published: 01/09/2015
Width: 14 cm
Height: 20.3 cm
Description Author Information Reviews
The captivating story of the world's favorite saint is now retold for a modern audience by one of the great novelists of our time. Perhaps more than any other figure in Christian history since Jesus Christ, Saint Francis of Assisi has captured our imagination, for his is a story of extreme self-sacrifice, of love to God and man. How could this wealthy, handsome youth cast away all the advantages that were his by birth and choose instead a career of poverty and humility? How could he attract members of all strata of society to his mission? And how, when his order became established throughout Europe, could he renounce great personal power and humbly continue his life's work? Here is Francis, from his twelfth-century boyhood to his life as a missionary roaming the very boundaries of the known world. Here too are the men and women who followed him--Bernard de Quintavalle, the rich businessman; Peter Cathanii, the lawyer; Brother Giles, the farmer's son; Lady Clare; and so many others--all drawn together by the personal magnetism and humble faith of their leader, all re-created by bestselling novelist Elizabeth Goudge against a rich medieval canvas.