The Confession of an Anabaptist Prisoner 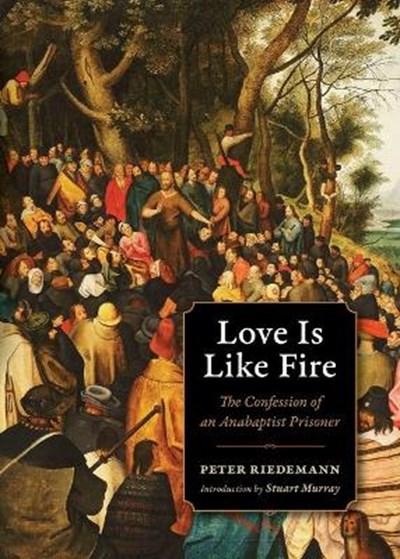 The Confession of an Anabaptist Prisoner

eBook FAQ
Add to Basket
Publisher: Plough Publishing House
ISBN: 9780874867350
Number of Pages: 126
Published: 01/06/2016
Width: 12.7 cm
Height: 17.7 cm
Description Author Information Reviews
One of the most articulate and biblically grounded voices of the Radical Reformation, Peter Riedemann was only twenty-three when he penned this impassioned confession of faith in the gloom of a sixteenth-century Austrian dungeon. Already a noted Anabaptist leader, Riedemann called fellow persecuted Christians to witness to a love that, "when it really burns, having kindled our eagerness for God, the more temptations and tribulations meet it, the more it flares, until it overcomes and consumes all injustice and wickedness." A classic testament to religious liberty with a timely message for modern believers, Love Is Like Fire serves as a striking reminder of the spirit that fired the hearts of early "heretics" during the Reformation. A first translation into English, this book is an important addition to the small but growing number of primary sources on early Anabaptism.

Peter Riedemann (1506-1556) became an Anabaptist minister at age twenty-three, at a time when these church reformers were being drowned, beheaded, and burned at the stake by the thousand for their commitment to believers' baptism, nonviolence, economic sharing, and the restoration of a New Testament Christianity free from state control. He was imprisoned in Austria, but escaped three years later. A prominent early leader of the Hutterites, Riedemann died at a Hutterian intentional community in Slovakia at the age of fifty, having spent a total of nine years in prison for his faith. Stuart Murray, author of The Naked Anabaptist, is a trainer and consultant for church planting and urban mission with the Anabaptist Network. He is based in Bristol, England.