For Every Day of the Year 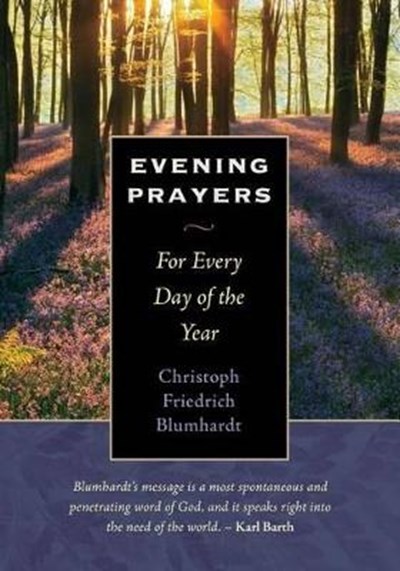 For Every Day of the Year

eBook FAQ
Add to Basket
Publisher: Plough Publishing House
ISBN: 9780874868111
Number of Pages: 408
Published: 11/06/2014
Width: 12.7 cm
Height: 18.4 cm
Description Author Information Reviews
End each day of the year peacefully by turning to God with a prayer and a Bible passage. We want to turn to God at the end of each day, but often don't find the words to express our deepest feelings and longing. This collection of prayers is one of the few daily devotionals especially intended for use in the evening. Blumhardt's words bespeak a certainty in God's nearness. The peace that flows from them comes from an unshakeable conviction that God's kingdom is indeed on the way. In stormy and challenging times like our own, most of us need this reassurance frequently, if not daily.

Pastor, politician, and author, Christoph Friedrich Blumhardt (1842-1919) with his unconventional ideas about the kingdom of God, profoundly influenced a whole generation of European seekers. Among the luminaries he influenced were Dietrich Bonhoeffer, Emil Brunner, Oscar Cullman, and Karl Barth. Yet his vision and witness are still waiting to be discovered by most Americans, few of whom have had access to his works. He carried forward the work of his father, Johann Christoph Blumhardt (1805-1880), who is regarded by many as the key figure of German pietism.