Living for Christ in the Daily Grind 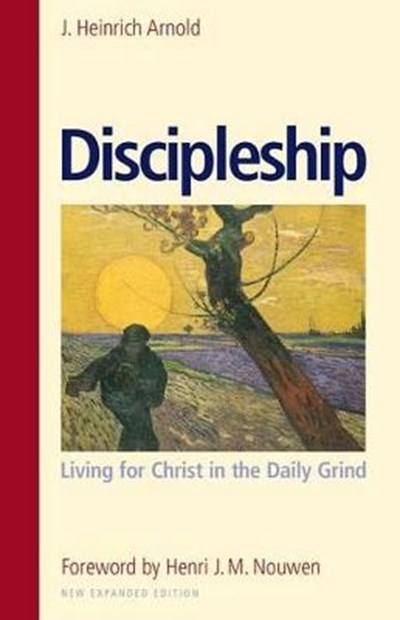 Living for Christ in the Daily Grind

eBook FAQ
Add to Basket
Publisher: Plough Publishing House
ISBN: 9780874868760
Number of Pages: 311
Published: 01/12/2013
Width: 13.9 cm
Height: 21.5 cm
Description Author Information Reviews
Arnold guides readers toward leading Christ-like lives amid the stress and strain of modern life. Perhaps the hardest thing about following Christ is translating our good intentions into deeds. Christ calls us, and we yearn to answer him, but time and again we lose resolve. Is discipleship really possible today? Many of the selections in this book offer answers to specific needs or problems. Others grapple with broader themes such as world suffering, salvation, and the coming of the kingdom of God. All of them pulsate with conviction and compassion, giving fresh hope to those who find themselves lonely or disheartened in the daily search to follow Christ. J. Heinrich Arnold served for many years as elder of the Bruderhof, a Christian communal movement. Discipleship contains writings, letters, and talks from his forty years of service as pastor, marriage counselor, educator, and parent.

J. Heinrich Arnold (1913-1982) is best known for his books Discipleship and Freedom from Sinful Thoughts, which have helped thousands to follow Christ in their daily lives, and for his pastoral care as elder of the Bruderhof communities. When Heinrich was seven, his parents Eberhard and Emmy Arnold and their five children left a bourgeois life in Berlin for a dilapidated villa in the German village of Sannerz, where they founded a Christian community based on Jesus' teachings in the Sermon on the Mount. As a young man, Heinrich Arnold refused to serve in Hitler's armed forces and was forced to flee Germany. He studied agriculture in Zurich, Switzerland, and in 1936 married Annemarie Waechter, a kindergarten teacher. In 1938 they moved to England, where Heinrich managed the community's farm. In 1941 the community was forced to emigrate to South America. In 1954, Heinrich Arnold and his family moved to the fledgling Woodcrest Bruderhof in Rifton, New York, where he served as pastor for the rest of his life. Those who knew him best remember Heinrich Arnold as a down-to-earth man who loved life and would warmly welcome any troubled person in for a cup of coffee and a chat.