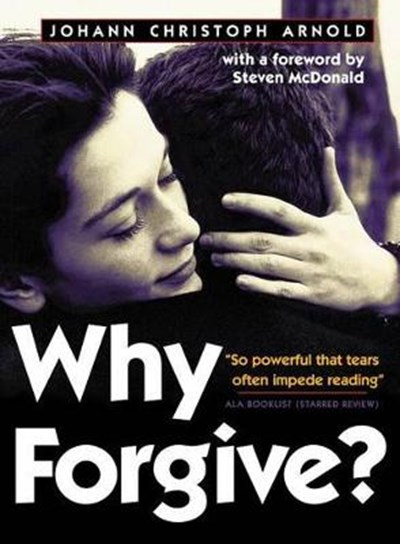 eBook FAQ
Add to Basket
Publisher: Plough Publishing House
ISBN: 9780874869422
Number of Pages: 232
Published: 25/05/2014
Width: 13.6 cm
Height: 19 cm
Description Author Information Reviews
In Why Forgive? Arnold lets the untidy experiences of ordinary people speak for themselves--people who have earned the right to talk about forgiving. Some of these stories deal with violent crime, betrayal, abuse, hate, gang warfare, and genocide. Others address everyday hurts: the wounds caused by backbiting, gossip, conflicts in the home, and tensions in the workplace. The book also tackles what can be the biggest challenge: forgiving ourselves. These people, who have overcome the cancer of bitterness and hatred, can help you unleash the healing power of forgiveness in your own life. Why Forgive? these stories and decide for yourself.

Johann Christoph Arnold was an award-winning author with over two million copies of his twelve books in print in more than twenty languages. A noted speaker and writer on marriage, parenting, and end-of-life issues. Arnold was a senior pastor of the Bruderhof, a movement of Christian communities, until his death in April 2017. Johann Christoph Arnold's books include Why Forgive?, Rich in Years, Their Name Is Today, Seeking Peace, Escape Routes, Cries from the Heart, Be Not Afraid, Why Children Matter, and Sex, God and Marriage. To learn more visit www.richinyears.com