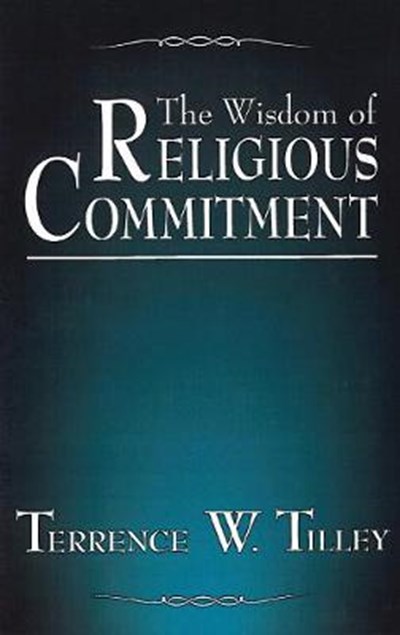 QTY
Add to Basket
Publisher: Georgetown University Press
ISBN: 9780878403677
Number of Pages: 192
Published: 05/04/1995
Width: 15.2 cm
Height: 22.9 cm
Description Author Information Reviews
By exploring a practical, rather than propositional, understanding of religious belief, this book provides a new construct through which to view philosophy of religion. Terrence W. Tilley shifts the focus of debate from the justification of rational belief to the exercise of wisdom in making or maintaining a commitment to religious practices. It is through practices, Tilley concludes, that religious belief is formed. After analyzing the strengths and limitations of the modern approaches, Tilley applies the concept of wisdom to the process of making a religious commitment. Wisdom, as explored by Aristotle, St. Thomas Aquinas, and John Henry Newman, may be thought of as the bridge between intellectual and moral virtues. Roughly, it can be described as the ability to put intellect into action in a context. Because wisdom is a virtue requiring concrete display, the book discusses the wisdom of commitment to specific religious practices of a range of traditions. These examples demonstrate the issues and complexities involved in the wisdom of making a religious commitment. This important challenge to contemporary philosophy of religion will be of special interest to students and teachers of theology and philosophy of religion.

Terrence W. Tilley is professor and chair of Religious Studies, University of Dayton. He is the author of The Evils of Theodicy (Georgetown University Press, 1991), Story Theology (Michael Glazier, Inc, 1985; reprint by Liturgical Press, 1991), Talking of God: An Introduction to Philosophical Analysis of Religious Language (Paulist Press, 1978), and Postmodern Theologies and the Challenge of Relgious Diversity (Orbis Books, 1995).

"The thesis of Terrence Tilley's provocative and scholarly work is that the practice of theodicy is immoral and deceptive... the substance of his argument is compelling and important." -- Modern Theology