American Protestant Ethics and the Legacy of H. Richard Niebuhr 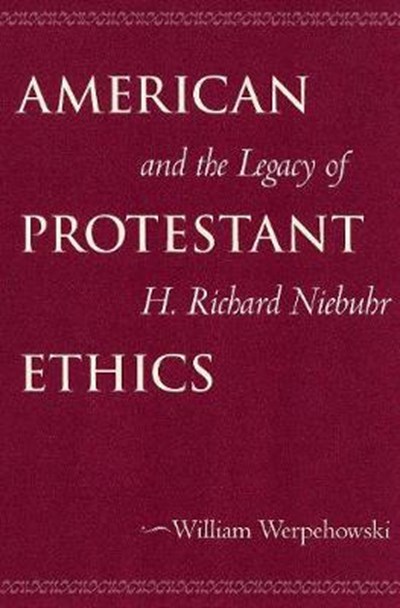 American Protestant Ethics and the Legacy of H. Richard Niebuhr

QTY
Add to Basket
Publisher: Georgetown University Press
ISBN: 9780878403837
Number of Pages: 272
Published: 20/09/2002
Width: 15.2 cm
Height: 22.9 cm
Description Author Information Reviews
In this careful analysis and evaluation of the monumental influence of Niebuhr, Werpehowski traces four streams that flow from Niebuhr's theology, particularly as it deals with ethics. In a tightly knit and comprehensive investigation of the work of four contemporary ethicists, important in their own right, Paul Ramsey, Stanley Hauerwas, James Gustafson, and Kathryn Tanner, Werpehowski explores how the legacy of Niebuhr has made an impact on their thought and work. He presents a clear, concise, nuanced, analytical criticism of the development of the four ethicist's construction of ethics-and does it in a way that interweaves and puts the four into a dialogue and conversation with Niebuhr and each other. Addressing a number of substantive issues, including the viability of just war tradition and the relationship between "church" and "world", "American Protestant Ethics and the Legacy of H. Richard Niebuhr" demonstrates that Christian ethics operates within a set of polar tensions and that such "conversations" as are developed within need to be a part of moral discourse inside and between a variety of communities of faith.

William Werpehowski is a professor in the Theology and Religious Studies Department at Villanova University and the director of the Center for Peace and Justice Education. He is co-editor of The Love Commandments: Essays in Christian Ethics and Moral Philosophy and The Essential Paul Ramsey: A Collection.

"[A] carefully written and wide-ranging work... A great strength of this book is that Werpehowski reads the figures he takes up fairly and insightfully. His interpretations challenge a number of entrenched exegetical stereotypes." -- Theology Today