Marching to the Millennium 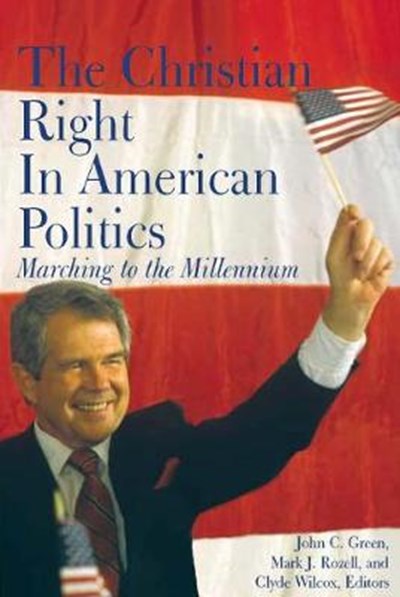 Marching to the Millennium

QTY
Add to Basket
Publisher: Georgetown University Press
ISBN: 9780878403929
Number of Pages: 304
Published: 06/05/2003
Width: 15.2 cm
Height: 22.9 cm
Description Author Information Reviews
From the first rumblings of the Moral Majority over twenty years ago, the Christian Right has been marshalling its forces and maneuvering its troops in an effort to re-shape the landscape of American politics. It has fascinated social scientists and journalists as the first right-wing social movement in postwar America to achieve significant political and popular support, and it has repeatedly defied those who would step up to write its obituary. In 2000, while many touted the demise of the Christian Coalition, the broader undercurrents of the movement were instrumental in helping George W. Bush win the GOP nomination and the White House. Bush repaid that swell of support by choosing Senator John Ashcroft, once the movement's favored presidential candidate, as attorney general. The Christian Right in American Politics, under the direction of three of the nation's leading scholars in the field of religion and politics, recognizing the movement as a force still to be reckoned with, undertakes the important task of making an historical analysis of the Christian Right in state politics during its heyday, 1980 to the millennium. Its twelve chapters, written by outstanding scholars, review the impact and influence of the Christian Right in those states where it has had its most significant presence: South Carolina, Virginia, Texas, Florida, Michigan, Iowa, Kansas, Minnesota, Colorado, California, Maine, and Oregon and Washington. Since 1980, scholars have learned a good deal about the social characteristics, religious doctrine, and political beliefs of activists in and supporters of the Christian Right in these states, and each contribution is based on rigorous, dispassionate scholarship. The writers explore the gains and losses of the movement as it attempts to re-shape political landscapes. More precisely, they provide in-depth descriptions of the resources, organizations, and the group ecologies in which the Christian Right operates-the distinct elements that drove the movement forward. As the editors state, "the Christian Right has been engaged in a long and torturous 'march toward the millennium,' from outsider status into the thick of American politics." Those formative years, 1980-2000, are essential for any understanding of this uniquely American social movement. This rigorous analysis over many states and many elections provides the clearest picture yet of the goals, tactics, and hopes of the Christian Right in America.

"Several of the scholars in this project have tracked the Christian Right over the years, and we are indebted to them for our knowledge of its leaders, social characteristics, political beliefs, and impact on public policy -- both at national and local levels." -- Journal of Church and State "A nice addition to our knowledge of one of the most influential political movements in the United States. The diverse case studies effectively highlight both the movement's strengths and weaknesses at the millennium, as well as the sometimes unique nature of religious political activism." -- Journal for the Scientific Study of Religion "These case studies are lively and readable, and it is clear that the authors want to share their fascination and enthusiasm for their subject. The book gives both an excellent overview of the current activities and strategies of the movement and a solid explanation of the nuances in each state's political environment." -- Christian Century