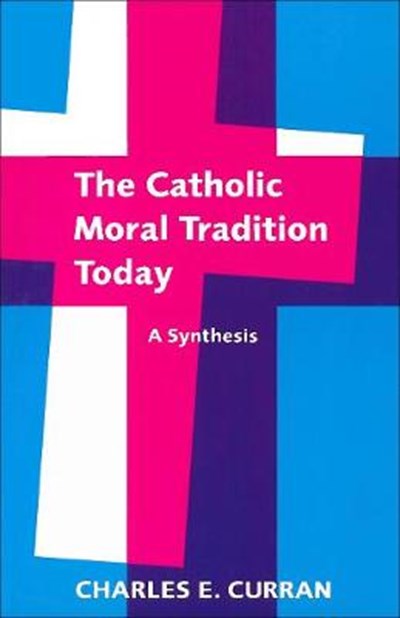 Publisher: Georgetown University Press
ISBN: 9780878407170
Number of Pages: 272
Published: 05/04/1999
Width: 15.2 cm
Height: 22.9 cm
Description Author Information Reviews
The Catholic tradition has always tried to explain its theology in a coherent and systematic way, but the great changes and tensions existing within Catholic moral theology today have made it difficult to develop systematic approaches to what was once called fundamental moral theology. Now a leading scholar active in this field for forty years offers a synthesis of Catholic moral theology set in the context of the broader Catholic tradition and the significant developments that have occurred since the Second Vatican Council. Charles E. Curran's succinct, coherent account of his wide-ranging work in Catholic moral theology points out agreements, disagreements, and changes in significant aspects of the Catholic moral tradition. His systematic approach explores major topics in a logical development: the ecclesiological foundation and stance of moral theology; the person as moral subject and agent; virtues, principles and norms; conscience and decision making; and, the role of the church as a teacher of morality. Curran's work condenses and organizes a large amount of material to show that the Catholic theological tradition is in dialogue with contemporary life and thought while remaining conscious of its rich history. Of great interest to theologians for its broad synthetic scope, this book is also a thorough introduction to the Catholic moral tradition for students and interested readers, including non-Catholics.

Charles E. Curran is the Elizabeth Scurlock University Professor of Human Values at Southern Methodist University. He has served as president of three national societies: the American Theological Society, the Catholic Theological Society of America, and the Society of Christian Ethics. Curran has written or edited more than forty books, including The Origins of Moral Theology in the United States (Georgetown University Press, 1997).

"Students who want to understand the Catholic moral tradition will find this book to be a rich resource. Curran knows the tradition in all its nuances and intricacies." -- Journal of the American Academy of Religion "This book reflects the deep sanity which is characteristic of the Catholic moral tradition at its best... the primary strength of [Curran's] analysis lies in its attention to the theological and ecclesial contexts for Catholic moral reflection. Those of us in the field of moral theology have not always been sufficiently attentive to the theological character of our work, and Curran offers a most welcome corrective to this tendency... it is not a manual for confessors, but a discursive treatise on the moral life which will be accessible to lay Catholics as well as clerics and specialists in moral theology. May Curran go on to write many more such books, and may he inspire others to follow his example." -- The Tablet "The breadth of Curran's comprehensive synthesis is striking." -- New York Times Book Review "An overview of the Catholic moral tradition and its contemporary re-evaluation and application that will prove quite useful as a basic text in foundational ethics... this is a solid basic text... it will provide the student with a firm grounding in the Catholic moral tradition in a clearly written and engaging style." -- Catholic Library World