The Passing of the Democratic Monolith 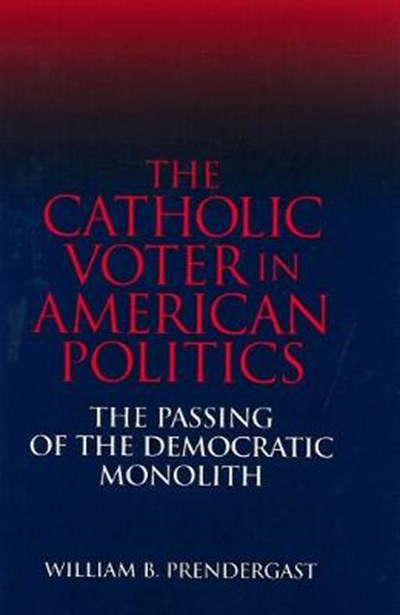 The Passing of the Democratic Monolith

QTY
Add to Basket
Publisher: Georgetown University Press
ISBN: 9780878407248
Number of Pages: 352
Published: 17/05/1999
Width: 15.2 cm
Height: 22.9 cm
Description Author Information Reviews
Once a keystone of the Democratic Party, American Catholics are today helping to put Republicans in office. This book traces changes in party allegiance and voting behavior of Catholics in national elections over the course of 150 years and explains why much of the voting bloc that supported John F. Kennedy has deserted the Democratic coalition. William B. Prendergast analyzes the relationship between Catholics and the GOP from the 1840s to 1990s. He documents a developing attachment of Catholics to Republican candidates beginning early in this century and shows that, before Kennedy, Catholics helped elect Eisenhower, returned to the polls in support of Nixon and Reagan, and voted for a Republican Congress in 1994. To account for this shifting allegiance, Prendergast analyzes transformations in the Catholic population, the parties, and the political environment. He attributes these changes to the Americanization of immigrants, the socioeconomic and educational advancement of Catholics, and the emergence of new issues. He also cites the growth of ecumenicism, the influence of Vatican II, the abatement of Catholic-Protestant hostility, and the decline of anti-Catholicism in the Republican party. Clearly demonstrating a Catholic move toward political independence, Prendergast's work reveals both the realignment of voters and the influence of religious beliefs in the political arena. Provocative and informative, it confirms the opinion of pollsters that no candidate can take the vote of the largest and most diverse religious group in the nation for granted.

William B. Prendergast has had a distinguished career in government and politics, including as an author of Republican national platforms in four presidential elections and as director of the Research Division of the Republican National Committee. He also served as U.S. Defense Advisor to NATO and was a special assistant to the Secretary of Defense. He earlier taught political science at the U.S. Naval Academy, The Catholic University of America, and Johns Hopkins University.