Cassian And The Fathers 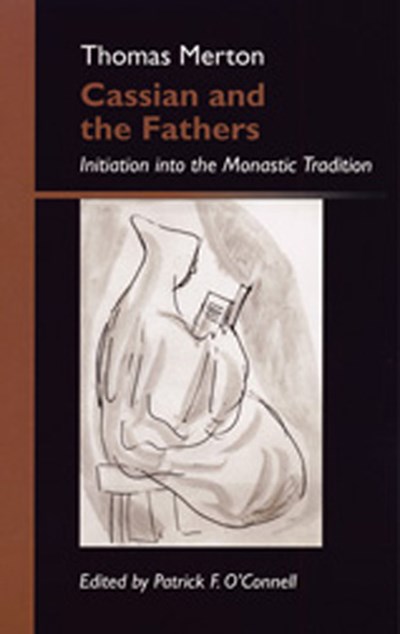 Cassian And The Fathers

Join now Find out more
Publisher: Liturgical Press
ISBN: 9780879070014
Published: 01/11/2004
Description Author Information Reviews
Cassian and the Fathers is the initial volume in the series of Novitiate Conferences of Thomas Merton, the classes he presented to young men beginning their monastic life at the Abbey of Gethsemani in Kentucky. They contain Merton's insights on important Patristic and monastic figures preceding the time of St. Benedict, above all John Cassian, the most significant bridge between the early desert fathers and the development of monastic life in the West, and they reveal the continuing relevance of their teachings for contemporary monastics and other Christians. Much of the value and interest of Cassian and the Fathers, as of the novitiate conferences in general, lies in the light it casts on Merton himself as teacher, novice master and monk. These notes provide a privileged standpoint for observing Merton functioning as an integral and important member of his monastic community. The 'public' Merton has long been visible in his works written for publication, and has more recently been complemented by the 'interpersonal' Merton disclosed in his correspondence and the 'intimate' Merton revealed in his complete journals. While the novitiate conferences may not equal in significance these other sources, they do allow access to yet another stratum of Merton's wide-ranging and immensely productive engagement with his world from the distinctive standpoint he had chosen within a tradition dating back more than sixteen centuries. While these lectures need to be used critically and carefully in evaluating Merton's own perspectives and commitments, nevertheless they do need to be used. The dialectical relationship between Merton's private and more public statements, including those made to his novice classes, makes possible a more complex and thus a richer picture of his monastic identity and so of his personal identity. In learning about Cassian and the Fathers from Merton, one learns as well about Merton as monk, as heir to the great monastic teachers, and as teacher of a new generation of monks, an easily overlooked and undervalued, yet integral, even central component of his vocation for more than half his monastic life. Thus the publication of the novitiate conferences will fill a significant lacuna in Merton studies and contribute to a balanced, holistic comprehension and appreciation of Thomas Merton's life and work. This edition includes an extensive introduction situating these conferences and Merton's years as novice master in the context of his broader life as monk and writer, an extensively annotated edition of the text of the conferences based on Merton's own typescript, and helpful appendices indicating changes Merton made to his text, correlating the written text with taped versions of the actual classes, and providing suggestions for further reading both in Merton's other works and in more recent studies of the figures he discusses here.

Thomas Merton (1915-1968), Catholic convert, Cistercian monk and hermit, poet, contemplative, social critic, and pioneer of interreligious dialogue, was a seminal figure of twentieth-century American Christianity. The one hundredth anniversary of his birth is being celebrated in 2015. Patrick F. O'Connell is professor of English and theology at Gannon University in Erie, Pennsylvania. A founding member and former president of the International Thomas Merton Society, he edits The Merton Seasonal and is coauthor of The Thomas Merton Encyclopedia. He has edited six previous volumes of Thomas Merton's monastic conferences for the Monastic Wisdom Series, most recently The Life of the Vows (2012), and is also editor of Thomas Merton: Selected Essays (2013).