Charter, Customs, and Constitutions of the Cistercians

Initiation into the Monastic Tradition 7 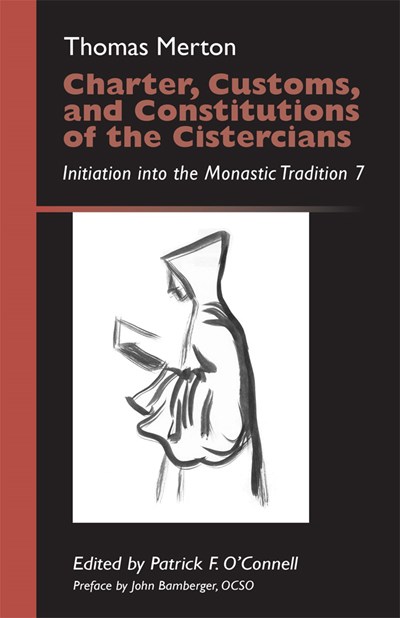 Charter, Customs, and Constitutions of the Cistercians

Initiation into the Monastic Tradition 7

Join now Find out more
Publisher: Liturgical Press
ISBN: 9780879070410
Number of Pages: 326
Published: 09/06/2015
Width: 14 cm
Height: 21.6 cm
Description Author Information Reviews
As master of novices for ten years (1955-1965) at the Cistercian Abbey of Our Lady of Gethsemani in Kentucky, Thomas Merton was responsible for the spiritual formation of young men preparing for monastic profession. In this volume, three related sets of Merton's conferences on ancient and contemporary documents governing the lives of the monks are published for the first time: * on the Carta Caritatis, or Charter of Charity, the foundational document of the Order of Citeaux * on the Consuetudines, the twelfth-century collection of customs and regulations of the Order * on the twentieth-century Constitutions of the Order, the basic rules by which Merton and his students actually lived at the time These conferences form an essential part of the overall picture of Cistercian monastic life that Merton provided as part of his project of "initiation into the monastic tradition" that is evident in the broad variety of courses that he put together and taught over the period of his mastership. As Abbot John Eudes Bamberger, ocso, himself a former student of Merton, notes in his preface to this volume, "The texts presented in this present book eventually gave rise to the Cistercian way of spiritual living that continues to contribute to the Church's witness in this new millennium. This publication is a witness to the process of transformation that ensures the continuity of the Catholic monastic tradition that witnesses to the God who, as Saint Augustine observed is 'ever old and ever new.'"

Thomas Merton (1915-1968), Catholic convert, Cistercian monk and hermit, poet, contemplative, social critic, and pioneer of interreligious dialogue, was a seminal figure of twentieth-century American Christianity. The one hundredth anniversary of his birth is being celebrated in 2015. Patrick F. O'Connell is professor of English and theology at Gannon University in Erie, Pennsylvania. A founding member and former president of the International Thomas Merton Society, he edits The Merton Seasonal and is coauthor of The Thomas Merton Encyclopedia. He has edited seven previous volumes of Thomas Merton's monastic conferences for the Monastic Wisdom Series, most recently Charter, Customs, and Constitutions of the Cistercians (2015), and is also editor of Merton's Selected Essays (2013) and Early Essays: 1947-1952 (2015). John Eudes Bamberger entered Gethsemani Abbey in 1950, having earned an MD from the University of Cincinnati the previous year and done his internship at Georgetown University Hospital. A student of Thomas Merton from 1952-1955, he worked with Merton, after his ordination in 1956, in screening applicants to the abbey. He served as abbot of the Abbey of the Genesee, in New York state, from 1971 until 2001. Since returning from a term as superior in the Philippines, he lives in a hermitage at Genesee.