A Modern Verse Life and Interpretation 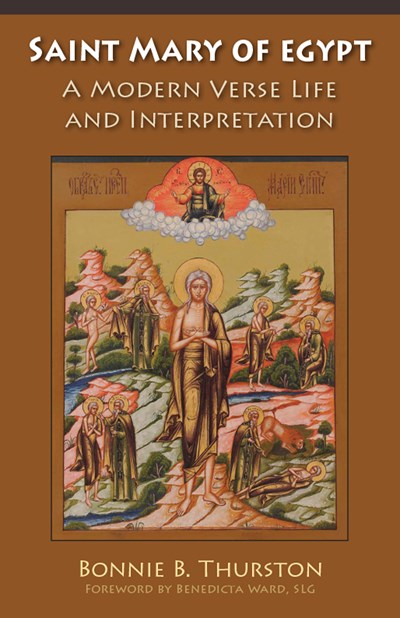 A Modern Verse Life and Interpretation

Join now Find out more
Publisher: Liturgical Press
ISBN: 9780879071165
Number of Pages: 136
Published: 07/01/2022
Width: 14 cm
Height: 21.6 cm
Description Author Information Reviews
From its origins in the fourth and fifth centuries, first in monastic circles and then in wider Christian communities, the story of Mary of Egypt was wildly popular. From early Christianity through the medieval periods, from Egypt to Scandinavia, verse lives in Greek, Latin, and vernacular languages portray her as the model of repentance. Continuously venerated in the liturgy and icons of the Orthodox Churches, she is now seldom known in the West. This modern verse life and the accompanying essay reintroduces St. Mary's extraordinary life, its theological and spiritual implications, and its remarkable depiction of gender complementarity.

Bonnie B. Thurston, after years as a university and seminary professor, lives quietly in her home state of West Virginia. She is the author of many books on Scripture and spirituality and six books of poetry. These include Liturgical Press publications Shaped by the End You Live For: Thomas Merton's Monastic Spirituality; Maverick Mark: The Untamed First Gospel; The Spiritual Landscape of Mark;Philippians in the Sacra Pagina series; and Belonging to Borders: A Sojourn in the Celtic Tradition (poetry).