The Durham and Lincoln Collections, Sermons 47-84 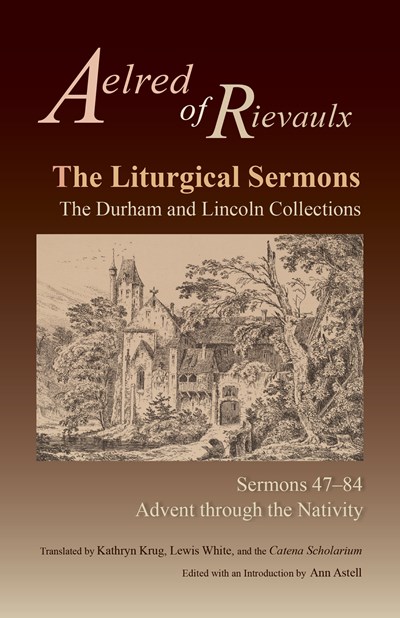 The Durham and Lincoln Collections, Sermons 47-84

Join now Find out more
Publisher: Liturgical Press
ISBN: 9780879071806
Number of Pages: 504
Published: 02/01/2019
Width: 14 cm
Height: 21.6 cm
Description Author Information Reviews
Aelred, abbot of the Yorkshire Cistercian abbey of Rievaulx from 1147 to 1167, wrote six spiritual treatises, seven historical treatises, and 182 liturgical sermons, many of which he delivered as chapter talks to his monks. Translations of the first twenty-eight of these sermons appeared in CF 58 in 2001, translated by Theodore Berkeley and M. Basil Pennington, and sermons twenty-nine through forty-six appeared in CF 77 in 2015, translated by Marie Anne Mayeski. The current volume contains thirty-eight sermons for feasts from Advent through the Nativity of Mary, taken from the Durham and Lincoln collections, edited by Gaetano Raciti in CCCM 2B and 2C.

Kathryn Krug has an MA in medieval studies from the University of Chicago. Her translations of medieval and renaissance writings are published in works including Angela of Foligno (Paulist Press), Music in the Castle (University of Chicago Press), and The Earliest Franciscans (Paulist Press). Lewis White has been a professor and translator at the Language Center of the Universidad Tecnologica de la Mixteca, Huajuapan de Leon, Oaxaca, Mexico, since 2009. His translations of Aelred of Rievaulx's Homilies on the Prophetic Burdens of Isaiah (CF 83) and of some of the liturgical sermons from Aelred's Durham Collection (CF 80) were published by Cistercian Publications in 2018. Ann W. Astell is professor of theology at the University of Notre Dame. The author of six books on medieval literature and spirituality, she has published recently on Aelred of Rievaulx in Cistercian Studies Quarterly. She and Joseph Wawrykow directed the Catena Scholarium in its translation and annotation of the five sermons in the Lincoln Collection included in this volume.