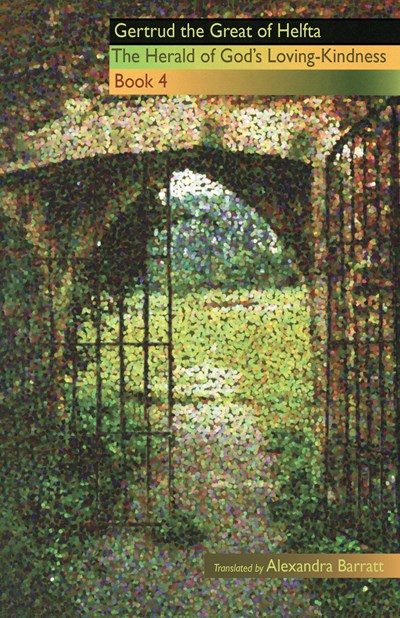 Join now Find out more
Publisher: Liturgical Press
ISBN: 9780879072858
Number of Pages: 338
Published: 26/03/2018
Width: 14 cm
Height: 21.6 cm
Description Author Information Reviews
Gertrud the Great (1256-1302) entered the monastery of Helfta in eastern Germany as a child oblate. At the age of twenty-five she underwent a conversion that led to a series of visionary experiences. These centered on "the divine loving-kindness," which she perceived as expressed through and symbolized by Christ's divine Heart. Some of these experiences she recorded in Latin "with her own hand," in what became Book 2 of The Herald of God's Loving-Kindness. Books 1, 3, 4, and 5 were written down by another nun, a close confidant of the saint, now often known as "Sister N." Book 4 records Gertrud's many vivid spiritual experiences, which took place on various liturgical feasts when she was too sick to take part in the community's worship. Foregrounding visions of the court of heaven and dialogues with Christ, the Virgin Mary, and other saints, they further develop devotional themes already present in the earlier books. Often profoundly indebted to the liturgy of Mass and office, they have been carefully arranged according to the ecclesiastical year by the medieval compiler.

Alexandra Barratt is professor emeritus at the University of Waikato in New Zealand. She studied at the Universities of Cambridge and Toronto and has published extensively on religious writing by medieval women in Latin and English. She has previously translated Books One and Two (CF035), Book Three (CF063), and Book Four (CF085) of The Herald for the Cistercian Fathers series.