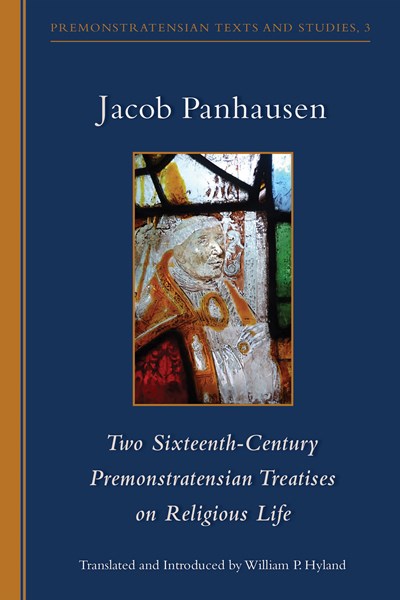 Join now Find out more
Publisher: Liturgical Press
ISBN: 9780879072902
Number of Pages: 176
Published: 15/03/2021
Width: 14 cm
Height: 21.6 cm
Description Author Information Reviews
Jacob Panhausen stands as a major but little-studied figure in the renewal of the Premonstratensian Order during the crucial decades of the sixteenth century when the very survival of religious life hung in the balance. His career (1540-1582) as abbot of Steinfeld in Germany spanned the whole era of the Council of Trent and its aftermath, and he died the same year that Saint Norbert was officially canonized. This volume presents the first English translation of two Latin texts by Jacob Panhausen, A Loving Exhortation to Prelates and Those in Their Charge and Treatise on Monastic Life and Religious Vows. The introduction offers a biographical and analytical overview of this outstanding Norbertine reformer, illuminating a crucial time in the renewal of the Premonstratensian Order during and after the Council of Trent. Intended as they were for his confreres at Steinfeld and other abbeys, they show his zeal for reform, his dedication to the monastic tradition, and his humanistic and exegetical concerns.

William P. Hyland holds a BA from Emory University and an MA and PhD from Cornell University; he is a lecturer in church history in the School of Divinity at the University of St. Andrews. He has previously taught at several American universities, including Cornell University, Benedictine College, and St. Norbert College, where he was the first Director of the Center for Norbertine Studies and held the Clarence Heidgen Chair of Catholic Studies. He edited Custody of the Heart: Selected Spiritual Conferences of Abbot Martin Veth, OSB. He has had numerous journal articles and book chapters published on the medieval Premonstratensians, as well as a wide range of topics in medieval church history and Christian spirituality.