Sermons on the Song of Songs Volume 1 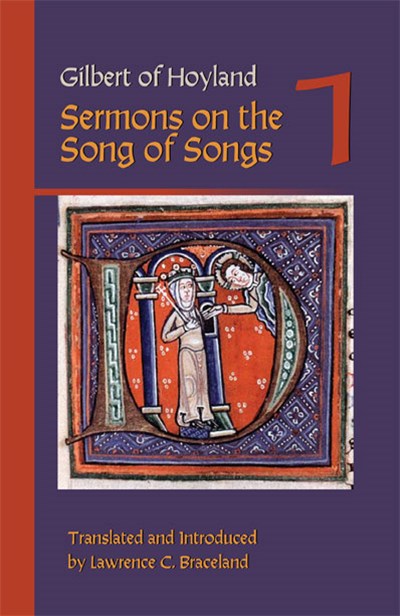 Sermons on the Song of Songs Volume 1

Join now Find out more
Publisher: Liturgical Press
ISBN: 9780879072995
Number of Pages: 206
Published: 01/11/1978
Width: 14 cm
Height: 21.6 cm
Description Author Information Reviews
Taking up Saint Bernard's unfinished sermon-commentary, Gilbert ruminates on verse 3:1-5:10 in forty-eight sermons, leaving the task to be finished by John of Ford. This volume contains sermons 1 through 15. To encounter a person who makes holiness attractive is an enviable experience. Such a person was Gilbert of Hoyland, abbot of the Cistercian monastery of Swineshead in Lincolnshire, a friend of Aelred of Rievaulx, and the continuator of the sermons on the Song of Songs begun by Bernard of Clairvaux. When the great saint of Clairvaux died in 1153, his sermon commentary had reached only the first four verses of chapter three of the Canticle. Gilbert took up the task, but left the commentary unfinished at his death. It was brought to completion by another English abbot, John of Ford. Those who know and admire Bernard's eloquence and contemplative insight will enjoy making the acquaintance of his successors. While conscious of continuing Bernard's work and remaining true to his spirit, they infused their sermons with their own personalities and shared their own rich experiences of God. As Lawrence C. Braceland says in his introduction to this first English translation of Gilbert's work, 'Gilbert is an experience. He has found the Beloved.'

Lawrence C. Braceland, was professor of classics and dean at Ignatius College, Guelph (Canada), until in 1963 becoming professor of classics and dean of arts and sciences at St. Paul's College, the University of Manitoba. After his retirement in 1-978, he devoted himself to Cistercian scholarship, publishing numerous articles and translating in four volumes all the works of the English Cistercian abbot Gilbert of Hoyland.