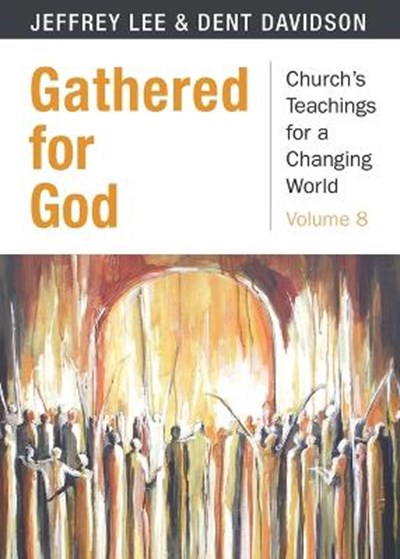 Join now Find out more
Publisher: Church Publishing Inc
ISBN: 9780898690439
Number of Pages: 104
Published: 01/01/2018
Width: 12.7 cm
Height: 17.8 cm
Description Author Information Reviews
The new Church's Teachings series has been one of the most recognizable and useful sets of books in the Episcopal Church. With the launch of the Church's Teachings for a Changing World series, visionary Episcopal thinkers and leaders have teamed up to write a new set of books, grounded and thoughtful enough for seminarians and leaders, concise and accessible enough for newcomers, with a host of discussion resources that help readers to dig deep. What's really going on when Episcopalians gather for worship? Musician Dent Davidson and Bishop Jeff Lee bring decades of partnership to this lively conversation about the rituals that make faith real-gathering, bathing, welcoming, storytelling, feasting, and sending God's people. More than a treatise on the Book of Common Prayer, Gathered for God opens fresh ways of seeing what the Prayer Book makes possible.

Dent Davidson is Music Chaplain to the Episcopal House of Bishops and leads liturgy and arts ministries in the Diocese of Chicago. A popular song leader, teacher, and liturgist, as well as a trained jazz musician, he serves on the Standing Commission on Liturgy and Music of the Episcopal Church. JEFFREY LEE is the retired Bishop of Chicago, known across the church as a charismatic preacher, liturgist, and spiritual leader. He wrote Opening the Prayer Book for the new Church's Teaching series (1999) and Gathered for God with Dent Davidson for the Church's Teachings for a Changing World series. He lives in Chicago.