Beyond Business as Usual, Revised Edition 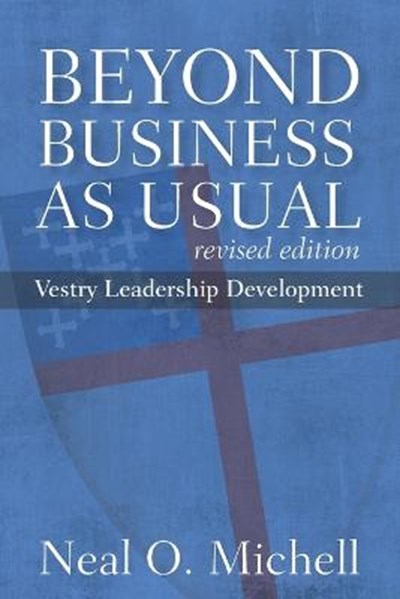 Beyond Business as Usual, Revised Edition

Join now Find out more
Publisher: Church Publishing Inc
ISBN: 9780898699609
Number of Pages: 176
Published: 24/11/2016
Width: 15.2 cm
Height: 22.9 cm
Description Author Information Reviews
The revised and expanded edition will include new information, new teaching resources, and perspectives gained in the last eight years, as well as the General Convention resolutions of 2015. Beyond Business as Usual is full of resources for forming the vestry as a learning community. It deals with the "soft" side of leadership that enables the pastor and vestry together to journey along the leadership path. Each chapter can be read and reviewed at a series of vestry meetings or as part of a vestry retreat, and includes questions for group and individual discussion. The book also contains resources for vestries, based upon different preferred learning styles, for the formation part of the vestry meeting or retreat.

Neal O. Michell is Canon to the Ordinary with the Diocese of Dallas and previously served as Canon for Strategic Development. A former practicing attorney, he has served churches of various sizes in the dioceses of West Texas and in West Tennessee, where he and his wife Varita planted a church in Germantown that achieved parish status within nine months of its first Sunday service. He has served as a consultant in congregational development and led vestry retreats and workshops, focusing on vision-casting and leadership development. He holds a DMin in Church Growth from Fuller Seminary, where his doctoral dissertation was "Contemporary Anglican Worship in a Postmodern Era." He has also gone on short-term mission trips to Ukraine, South Africa, Mexico, and Honduras. In addition to his books, he has published numerous articles and has served the Episcopal Church at diocesan, provincial and national levels.